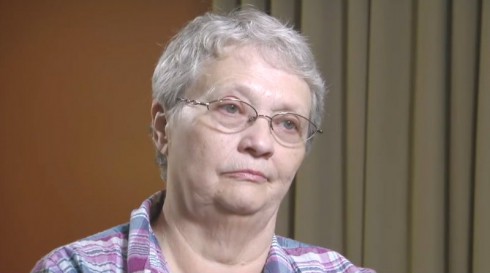 When Anna Cardwell told mom June Shannon that Mark McDaniel molested her when she was just 8 years old, Anna said June didn’t believe her. But, fortunately, grandmother Sandra Hale did.

“I took her to the police station and filed the charges on her behalf because she was a minor,” Sandra told Entertainment Tonight. “I was looking out for her best interests and I wasn’t going to let this go away… My reaction was I wanted to kill him.”

After the crime, Anna moved in with her grandma for the next 10 years. Radar Online reports she only moved back in with her mom and sisters when Here Comes Honey Boo Boo started because June bribed her.

“She offered her $500 a month because she believed Anna’s unmarried teenage pregnancy would create good story lines,” a source said. Anna previously said she saw it as a good opportunity to repair her fractured relationship with her mom.

“The reason I say that is because that’s about the same age he likes,” Sandra said. “[The same age] he messed with Anna.”

As with when she proactively helped Anna, Sandra said she won’t sit idly by while her other granddaughters are potentially in danger: She said she was contacted by Georgia’s Child Protective Services on Wednesday and told them about her fears.

“The only thing I can tell you is that I said to please look into it carefully and closely,” she said, declining to go into the specifics of what she said.

CPS may continue to investigate, but cannot intervene unless there is a real threat… And, although many of us consider a 9-year-old being in contact with a convicted sex offender to be a real threat, sources from the Dekalb County Sheriff’s Office said Mark McDaniel has been “in total compliance” with the law and is allowed to be around minors.

VIDEO What do the locals think of Here Comes Honey Boo Boo?