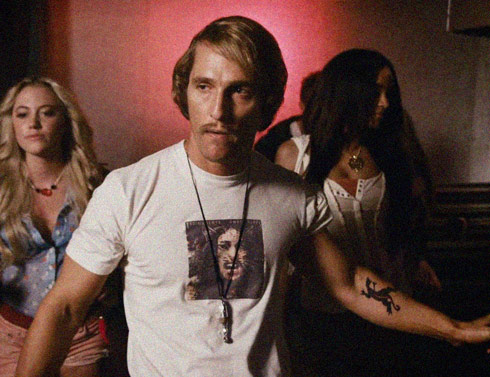 Sometimes roles just stick with an actor and for those of us that go back far enough it’s hard to imagine Matthew McConaughey as anyone other than the never quite got out of high school facial-haired David Wooderson from 1993’s Dazed and Confused.

This line will forever be etched in my memory:

The older you get, the more rules they are going to try and get you to follow. You just gotta keep on livin’, man. L-I-V-I-N.

I guess you could say that the always hunkified McConaughey has kept L-I-V-I-N as he’s managed to maintain a highly successful career as an actor. What is more incredible is the fact that dude hasn’t seemed to have aged one bit which is evident in the fantastic reprisal of his Dazed role in the recent music video for the song “Synthesizers” by Butch Walker and the Black Widows.

Before I embed the vid, please note that the above image is from the video and not the original film!

How cool was that? Now that I think about it I guess David would still be throwing down at the area bar with his cigs rolled up in a tight t-shirt. This is when High School isn’t in session of course.

As is demanded from this particular post, here is a before-and-after of the two Woodersons (and this one’s really one of my faves because it is a comparison of an actor who in both shots is portraying a character set from a time long before – 1976): 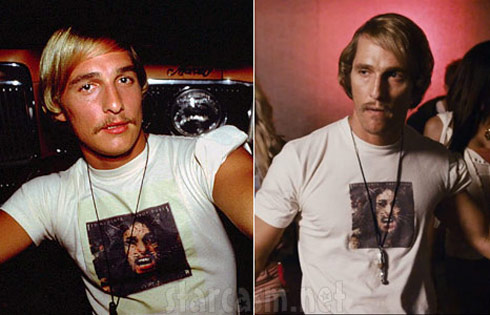 That’s what I love about these high school girls and Matthew McConaughey, man. I get older, they stay the same age.