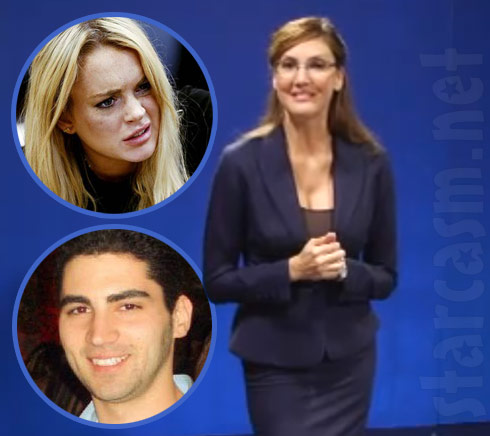 In what could very well be the greatest coincidental mish-mash of pop culture references ever, we found a video of Chelsea Lately writer and comedian Heather McDonald impersonating Sarah Palin endorsing Christian LaBella, who was just arrested for allegedly assaulting Lindsay Lohan in her New York City hotel room after a dispute over a photo, for President of the Alpha Kappa Psi fraternity at the University of San Diego.

You may wonder what the heck Heather McDonald is doing endorsing some random college student for a fraternity election, but according to LaBella’s Facebook page, Heather McDonald isn’t just a random celebrity, she’s his aunt! That might explain how Christian LaBella was connected enough to be able to pose for photos with the Kardashians (see photo below), Joe Francis, Herman Cain, and VP candidate Paul Ryan. Oh, and I suppose it might also explain how he was able to meet Lindsay Lohan at the 1 Oak nightclub in Chelsea and then return with her to her hotel room!

Here’s what McDonald/Palin says in the clip:

Hello, I’m Governor Sarah Palin from the great state of Alaska and I am so excited today to endorse my good friend Christian “The Maverick” LaBella for President of Alpha Kappa Psi business fraternity. Now, some people may say that he doesn’t have enough experience and he’s not qualified — that’s what they said about a senator from Illinois and look what happened to him. [wink]

You know what’s great about Christian is that he’s a Communication major and he’s gonna get out and communicate with people and get the very best pledges, and recruit lots of people to the fraternity. And he’s also a man. That’s right, he’s a male. And, uh, there’s a problem with diversity, gender diversity in the fraternity, and he’s gonna really help raise that.

He’s just not going to kick back and relax at the Restaurant La Paloma, no he’s not. He’s gonna cross fraternity lines and work with the other business fraternity Delta Sigma Pi and really work together to raise awareness and job opportunities for everybody.

He’s gonna use his natural resources, like we did in the great state of Alaska, and talk to the members and see who has Lakers tickets, or Clippers tickets, or music tickets, and then you can auction those off and really raise funds.

He’s not gonna raise dues, no way, not that Christian Mavericky LaBella, nuh uh, not the Maverick I know. He’s gonna work real hard, you know, he’s just an average Joe Sixpack. He’s not a plumber, but he’s a waiter, and he’s gonna be serving his fraternity everyday and not just as a [???].

Anyways, have hope and please vote for Christian because I know he’ gonna do a great job for the fraternity and for the country as a whole. Yes he can! That’s Christian LaBella for Alpha Kappa Psi President. 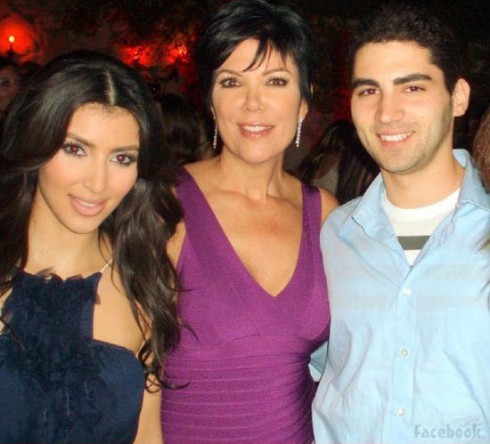 ^ Christian LaBella (right) with Kris Jenner and Kim Kardashian from his Facebook page.

In case you missed it, Lindsay Lohan reportedly called police after she got into an argument with LaBella because of photos he had taken on his phone. TMZ sources say “Lindsay told police she confronted the man about the pics and he threw her on the bed causing scratches on her hands. We’re told Lindsay ran out of the room, but returned later. When she did, Lohan claims the man attacked her, choked her, threw her to the ground, and climbed on top of her.” Their sources also say “a friend of [Lohan’s] was able to pull the man off her. Lohan claims she pulled the fire alarm to signal for help and cops were able to arrive in time to arrest the man.”

“Lindsay was assaulted early this morning in a New York hotel. While she did sustain some injuries, she was not hospitalized. The assailant was arrested and is currently in police custody. Lindsay has spoken with police and is fully cooperating with the investigation.”

LaBella has been charged with two misdemeanor counts of assault and two charges of harassment.