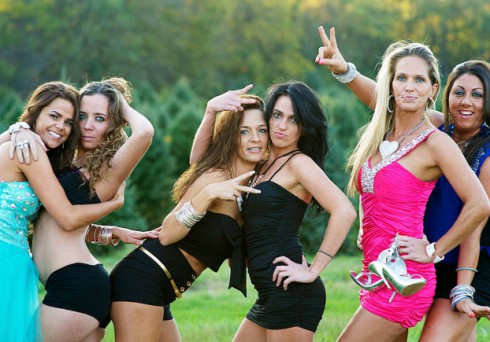 Grab your Bedazzler and brace yourself, because Gypsy Sisters is returning to TLC for another season!

If you need a reminder of what we’re in for, here’s a classic gypsy fight from Nukkie and Pookie’s wedding…

From TLC, “Last night’s episode of My Big Fat American Gypsy Wedding featured Gypsy mother hen, Nettie Stanley, along with some other fan favorites from TLC’s hit series Gypsy Sisters! Nettie’s daughter, Nukkie, finally tied the knot with boyfriend, Pookie, and the longtime rivalry between the two feuding families appears to be over… for now.” In other words, expect the drama to start anew for the next season.

The third season of Gypsy Sisters will premiere on TLC later this summer. If the video announcement is any indication, cousin Sheena isn’t returning.

Is Gypsy Sisters returning? Is Nettie Stanley getting her own show?