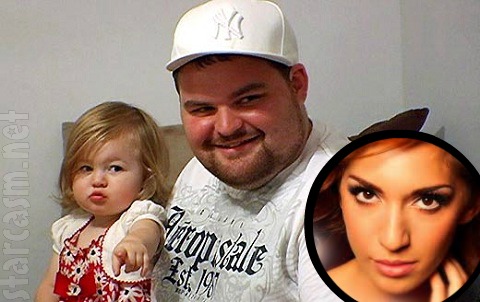 Although Teen Mom‘s Amber Portwood and Gary Shirley seem to be putting their past behind them for the sake of daughter Leah, fellow Teen Mom Farrah Abraham isn’t interested in patching things up with Gary.

“Gary antagonized Amber while she was also dealing with stress and handling her bipolar disorder,” Farrah told Radar Online this weekend of Gary, whom she publicly feuded with during the Teen Mom finale in August 2012.

At the time of their first fight, Farrah tweeted Gary should “go get mental help for Amber’s sake” and that he was a “POS.” Gary initially responded to Farrah’s tweets, but later apologized for fueling the fire.

“I get mad just as much as the next person. I regret a lot of things I’ve done to Amber and things I’ve said sometimes I feel backed into a corner and only weapon I have is my voice. It’s wrong. I’ve always apologized but sometimes it’s not enough. I care for amber and I wish I could have been a better example to all of you who watch and follow me,” Gary said in 2012. “Sorry Farrah. But you need to be nice to people sorry for my tweets not who I am.”

It’s more than a year later, but Farrah doesn’t seem to have accepted Gary’s apology.

“I’m happy Amber is out if jail, she never deserved to be in jail,” Farrah said. “I hope Amber can now stay away from the pressures of the media and focus on her new, healthier beginning at life. I hope Leah can have a loving mother and daughter relationship.”