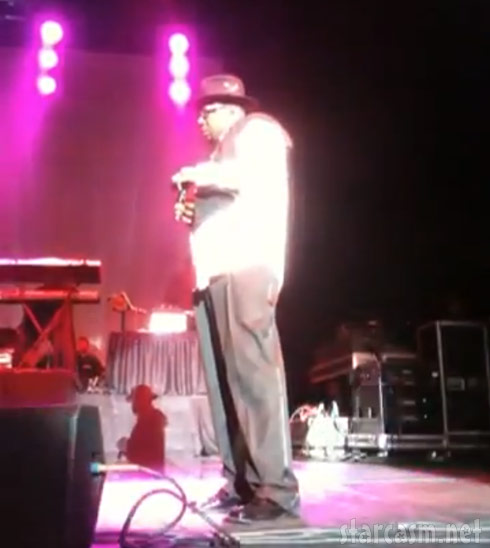 Bobby Brown was on tour with New Edition when he received word that his ex-wife Whitney Houston had died. Just a few hours later he went on stage with the group at at the Landers Center in Southaven, Mississippi and struggled through ten songs with the group.

According to eye-witnesses Brown told those in attendance, “First of all, I want to tell you that I love you all. Second, I would like to say, ‘I love you Whitney.’ The hardest thing for me to do is come on this stage.” He then told the audience that it was the fans’ support for New Edition over the years that was the only reason he was able to make it through the show.

One audience member in attendance caught part of the show on video and uploaded it to Youtube. In the clip you can see an emotional Bobby Brown performing and pausing at times as audience members yelled encouragement:

I can’t imagine how difficult that was for Bobby, who is reportedly headed to California to be with his and Whitney’s 18-year-old daughter Bobbi Kristina Brown, who was rushed to the hospital for unspecified medical reasons.