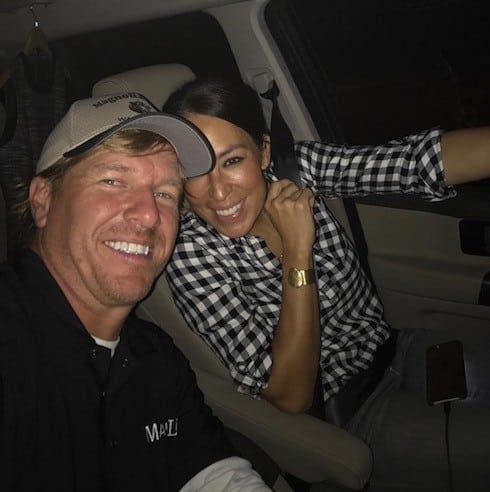 The Chip and Joanna Gaines “I Am Second” video has only been available for a week, but it’s already one of the most popular in the series’ history. Though it’s seven years old, it’s only recently that I Am Second has become a well-known movement, one dedicated to the belief that living for others is the primary purpose of a Christian life. According to the group’s own web site, “The authentic stories on iamsecond.com provide insight into dealing with typical struggles of everyday living. These are stories that give hope to the lonely and the hurting, help from destructive lifestyles, and inspiration to the unfulfilled.”

So it’s perhaps unsurprising that Chip and Joanna would agree to sit for the I Am Second cameras–and, given how forthcoming they are on Fixer Upper, it’s certainly no shock that they would be unabashedly honest. “If I didn’t have Chip Gaines in my life,” Joanna says, “I’d still be dreaming in my head, but not acting any of it out–not living it out. You push me,” she tells Chip. “You push me out of my comfort zone. I like comfortable; I like predictable–and, you push me.

“I feel like God had a funny way of bringing me Chip,” Joanna explains. “To almost have this reality of what it’s like to follow Christ, which is [that] a lot of things are going to push you to a place of discomfort. A lot of things are gonna push you to a place of freaking out…I don’t want to be in the box anymore; I don’t want to play it safe. Because where the impact is is over here on the other side.”

“Am I any of those?” asks Chip, with a smile. Elsewhere, Chip reveals a side of himself that Fixer Upper fans might not have expected. “That little voice in your ear that talks when you’re being quiet?” he begins. “My little voice tells me how handsome I am, tells me how funny I am, tells me how rich I’m gonna be–you know, it’s just constantly talking….I have learned so much about order and structure and processes through my wife. And God is all of those things to me now. But, at the beginning, God was just chaotic to me….and I liked that.”

“I feel like now,” concludes Joanna, “when you take a step out in faith, when it makes absolutely no sense, I think that’s where the greater reward is.”

Here’s the Chip and Joanna Gaines I Am Second video in full. Find out why it’s been viewed well over one million times in just a few days:

Fixer Upper returns to HGTV with Season 4 this Tuesday, November 29.

(Photo credits: What are I Am Second videos via Instagram, I Am Second)