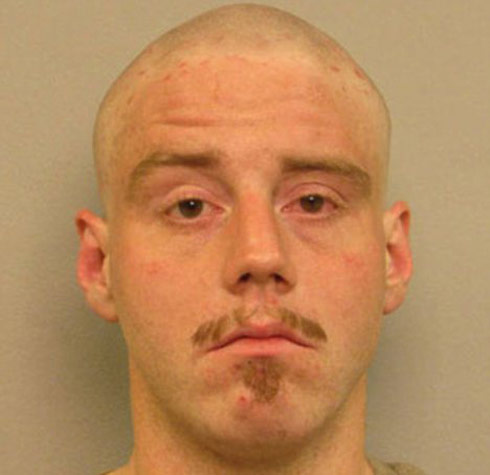 William Todd rolled in to Nashville on a Greyhound bus and proved that he could very well be the greatest multi-tasking felon in the history of the world.

In a nine-hour span Todd managed to commit an alleged 11 felonies! Sgt. Tony Blackburn said, “He was just on a terror. I’ve never seen anything like this before.” Let’s get a breakdown of Todd’s Nashville breakdown with a mind-blowing crime timeline.

I will start with a report filed by WSMV. (Video may take a minute to load)

Next is a list of what our man allegedly did while getting his numerous felonies on. I will state for the record that this is the most mind-blowing summary of events I’ve ever written about in this line of work. Period.

-> Broke into the Slaughterhouse and stole a taser, revolver and shotgun. Then he shot the business up, stole a T-shirt and set the business on fire.

-> Found four people leaving a local bar. He held them at gunpoint, tased one, pistol whipped another, then took off with their cash and credit cards.

-> Next he found his way to Hotel Indigo, broke into a law office there, ransacked the business then defecated on a desk, smearing feces on some of the framed law degrees.

-> He then knocked on several hotel room doors pretending to be a female housekeeper. In one case, Todd stole $600 from a Canadian couple at gunpoint, crying the whole time.

-> Took off from the hotel in his stolen cab car with a newly shaven head and crashed the stolen cab into a parking garage.

-> He then hailed a new cab and headed to Opryland, then held the cab driver at knife-point.

-> When Police finally caught up with Todd they said he was hiding on top of Opryland, submerged in a water-cooling vat with water up to his nose.

Mr. William Todd has been charged with 11 felony counts, Oh and by the way, dude is also wanted in Kentucky. Lord knows what all he did there!?!

I am beyond grateful no one was killed and that fact is nothing short of a miracle. Also, if any screenwriters are out there I implore you to get to work on making this a movie. I dang sure know I’d watch it!