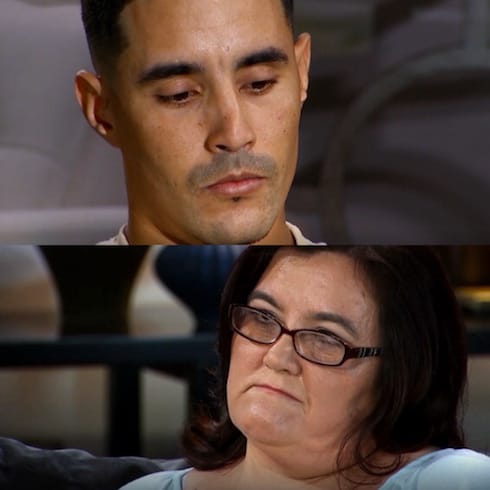 It’s been a drama-filled season of TLC’s spinoff 90 Day Fiance: Happily Ever After, especially for returning cast members Danielle and Mohamed Jbali. The former couple documented their long, drawn-out separation during the first season of the reality TV series and fans quickly learned that for this particular couple, their ever after isn’t quite so happy—it even ended with Mohamed filing multiple police reports against Danielle.

The season finale ended last night with Danielle finally confronting her estranged husband Mohamed outside of his apartment in Miami. She followed him all the way from her hometown in Ohio and she had the receipts with her—an entire binder full of bank statements and online conversations Mohamed has had with other women while they were still married. After she literally threw the book at him, Mohamed called the cops on his wife.

But during part one of the 90 Day Fiance: Happily Ever After Tell All reunion special, Danielle revealed that it wasn’t the first time Mohamed had called the police on her. Reunion special host Erica Hill asked Danielle how Mohamed had changed since he moved to the United States on the K-1 Visa, and she said that when she visited him in his country, Mohamed showed affection to her and also held a job. But when he moved to Ohio, he stopped showing her affection. She also said once he got his green card, he would leave for trips around the states.

But unable to hold her tongue, fellow cast member Melanie Bowers—who seems to be happily married to her Jamaican husband Devar Walters—interrupted and asked Danielle why she tolerated Mohamed’s trips.

“I would’ve sent his a** directly back,” Melanie told Daneille. “That’s what I would’ve done.”

“’Cause there was times when he came back from trips, I had his stuff sitting at the door one time,” Danielle explained. “And then every time something like that happened, he’s on the phone calling the cops. I have ten police reports on me.”

The revelation should come as no surprise to Starcasm readers as we shared eight of those back in June (before they met up again in Florida).

Watch the full clip from Part One of the 90 Day Fiance: Happily Ever After Tell All reunion special above, and be sure to catch Part Two airing Sundays at 8/7c on TLC.

PHOTOS There was a HUGE 90 Day Fiance party in LA and we weren’t invited ?