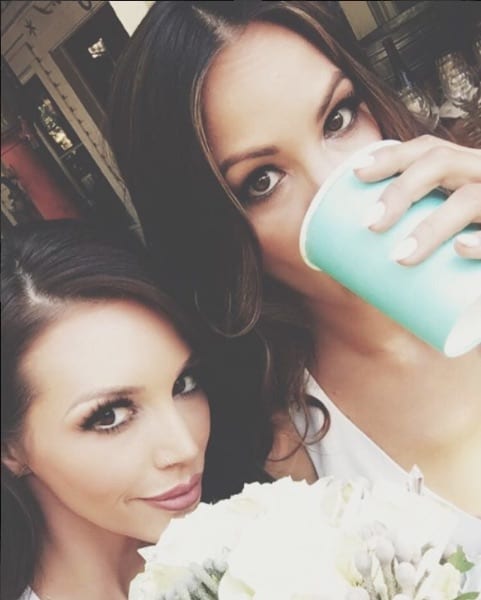 Kristen Doute has her pal’s back. The Vanderpump Rules star shared a sweet message for her friend and co-star Scheana Marie shortly after she announced her divorce from her husband Mike Shay earlier this week.

Kristen, who also works with Scheana at Real Housewives of Beverly Hills star Lisa Vanderpump’s posh West Hollywood restaurant SUR, took to Instagram to send a message of love and support to her friend with a sweet Winnie-the-Pooh quote and photo.

“Promise me you’ll always remember: You’re braver than you believe, stronger than you seem, and smarter than you think,” the quote read which was accompanied by an illustration of Winnie holding onto his friend Piglet’s hand.

“@scheanamarie love you,” Kristen wrote in her caption. Scheana responded in the comments, “I love you more! @kristendoute,” and added a heart emoji.

On Wednesday, Nov. 30, Scheana and Mike announced their divorce in a joint statement. The couple were friends for 15 years and married for two, and they said their split is an amicable one. They also explained that they’re committed to moving forward and maintaining their friendship, and Scheana emphasized that point in a message to her fans on Twitter.

“Thank you all for the love today! It’s never easy to split with someone you still love, but we will always remain friends,” Scheana tweeted.

But the couple’s split doesn’t come as a surprise. Rumors about their rocky relationship have swirled around the couple since their wedding in 2014—which was filmed for season 3 of Vanderpump Rules. Last month, reports claimed that Mike’s prescription drug abuse have caused problems for the couple.

Reports also accused Mike of draining their bank accounts before he disappeared on his wife for a few days, but Mike responded to the claims on Instagram.

I am not missing. I am sober. I am Happy!!! Don't believe everything you read. I love my wife and will always love my wife. Whatever is going on between us will stay between us! I love my family and my family loves me and a lot of things have been said out is protection and anger by many people. I just ready for the next chapter in my life!