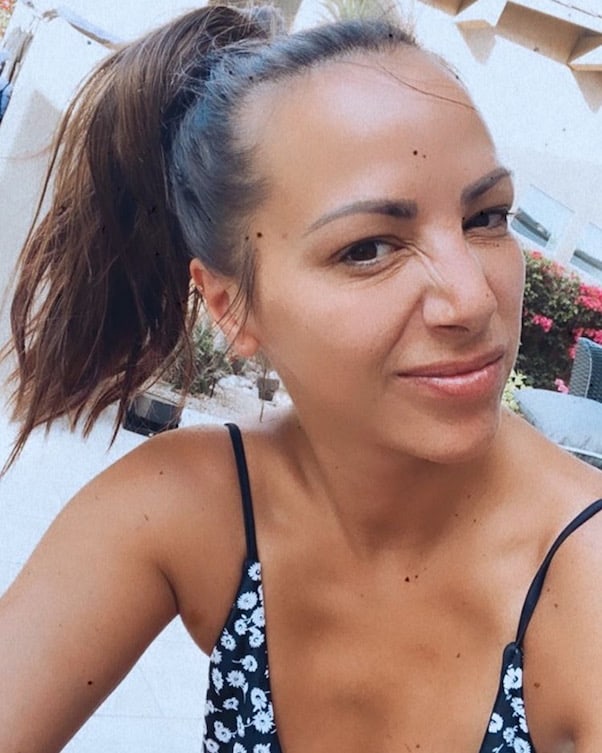 Former Vanderpump Rules star (and OG cast member) Kristen Doute has been making the rounds of late to promote He’s Driving You Crazy her new book about all manner of relationships she’s been in. Unsurprisingly, Kristen’s interviews consist of a ton of questions about her time on the show and whether she’s looking to get back into TV — and her answers in one recent interview were a little more eyebrow-raising than usual.

Kristen was fired along with Stassi Schroeder earlier this summer when former castmate Faith Stowers revealed the two of them had called the police on Stowers, accusing her of committing a crime she had nothing to do with because Doute and Schroeder saw in a news article that the suspect was a black woman. And shortly thereafter, Bravo announced it had also fired Season 8 newbies Max Boyens and Brett Caprioni, after racist tweets from their past were brought to light.

Given the nature of all four ex-cast members’ firings — not to mention the fact that they all came just before Kristen’s book was released — it makes sense that Vanderpump Rules has dominated the book tour. And while Kristen expressed regret for her actions after being fired by the network, she’s also sounded very excited for a possible return to TV.

So, does this mean that Kristen Doute is angling for a return to the Pump Rules drama when Season 9 begins filming? According to a recent interview with Hollywood Life, the answer is kind of complicated. And at one point, Kristen actually said she hopes the show gets canceled before filming another minute.

The former Bravo star, who’s promoting her new book (He’s Driving You Crazy) about her past and present relationships, told us she selfishly hopes the show ends after eight seasons so she and her former co-stars can do another TV project “together.”

“I was acting before Vanderpump Rules happened,” she explained when we asked if she’d ever return to TV, following her firing in June 2020. “I’m so grateful that Vanderpump Rules happened. I hope that they get a next season, but in my heart of hearts I [also] don’t so that we can all do something together, but yes, if it’s not that… I don’t know what genre, I don’t know what platform at this point, but I loved what we did for almost a decade and I would do it again in a heartbeat.”

I get that Kristen misses getting paid to hang out with her friends. It’s a golden ticket and anybody who lost it would be eager to get it back. At the same time, Vanderpump Rules had been criticized about its 99% white cast well before Faith told her story. And while in the immediate aftermath of her firing Kristen did acknowledge the role her privilege played in the whole fiasco, I don’t know that saying you want to get the band back together three months after you were responsible for having it broken up is what you say when you’ve learned your lesson?

Where is Cody Lundin from Dual Survival now?