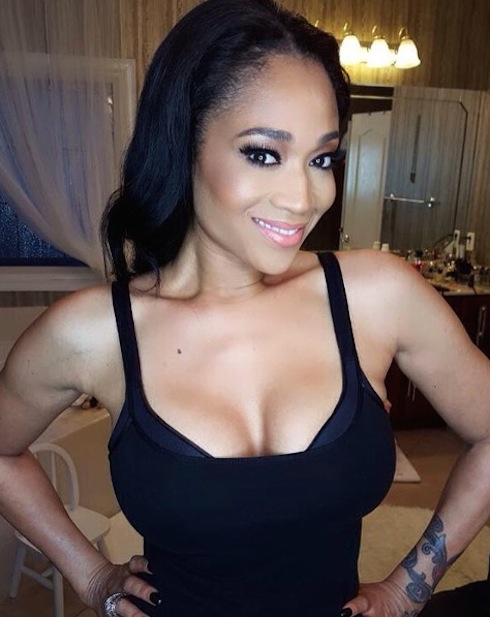 Stevie J and Mimi Faust have attempted to set the record straight following their alleged involvement in a nightclub brawl and subsequent massive shootout last weekend. Mimi claims that she and Stevie had nothing to do with the 40 to 50 shots fired at a luxury van reported to be their ride for the weekend–but a new report, complete with video, possibly contradicts Mimi’s version of the truth.

As we reported yesterday, Love & Hip Hop Atlanta stars Mimi Faust and Stevie J were in Charlotte over the weekend for the CIAA basketball tournament and a string of promotional appearances. According to several eyewitnesses, Stevie J appeared to get into a fight with several people at a nightclub late Saturday night; he and Mimi were said to have suffered minor injuries, and managed to flee the scene. They were followed, though, and their car was shot approximately four-dozen times by a group of three men with automatic weapons. (The Charlotte police, who arrested all three, later stated that the gun was an AK-47.) 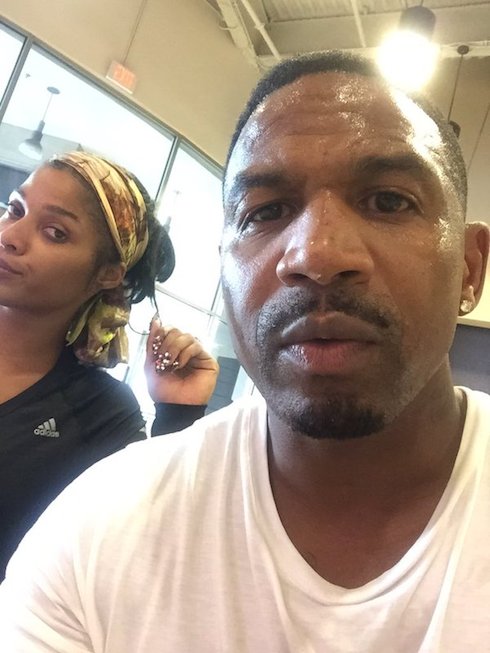 Yesterday, as the Stevie J and Mimi Faust story swirled, one fan managed to get a response from Mimi herself over social media. When an Instagram user asked her “Were you really shot at?”, Mimi’s response was both direct and unequivocal: “No No Shots Fired At Us…” (The capitalization was Mimi’s own.)

However, that statement is being contracted by a new report, courtesy of TMZ and backed up by Fameolous, which puts both Stevie J and Mimi Faust at the scene of the nightclub brawl if not necessarily the subsequent shooting. The report says that Stevie J and Mimi Faust “got jumped” outside Charlotte’s Empire Lounge, after Stevie J, who was hosting an event there, was attacked outside the club by a patron who’d been roughed up by security earlier in the night and blamed Stevie for it. (You can check out a clip of the brawl here.)

Though both Stevie J and Mimi Faust insist that the shooting had nothing to do with them, at least one of Stevie’s friends contradicts their story. The Fameolous report includes a screenshot of a since-deleted Facebook update from Jesse Swindell of Scrilla Guerillaz magazine, which read as follows:

Had a good weekend at CIAA. Unfortunately my partner Stevie J didnt. His vehicle was shot up badly. Him and Mimi got jumped in the club and they stripped her butt a**. Crazy sh*t…be safe ppl and never forget anybody can get touched.

PHOTO Did Teen Mom’s Gary Shirley cheat on Amber Portwood? Meet Kelsi, who he met while shopping for diapers