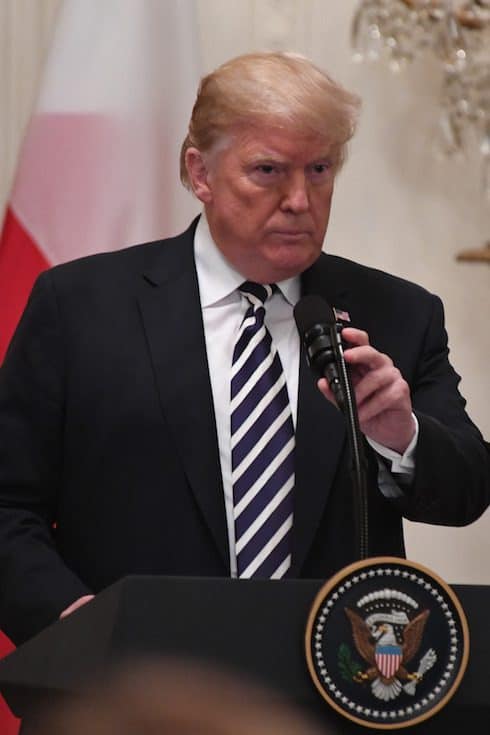 VOX – The difference between illegal tax evasion and legal tax avoidance is tricky and complicated, but the big takeaway from the latest bombshell report on Donald Trump’s tax dodges is that he’s spent a lifetime doing both

CELEBITCHY – Maybe the stress brought on by a lifetime of shady tax dealings is part of the reason why Trump thought it was a good idea to mock and berate Brett Kavanaugh accuser Dr. Christine Blasey Ford at a campaign rally?

JEZEBEL – And in more sad departure news, Chelsea Peretti announced that although Brooklyn Nine-Nine will be back, she will no longer be acting on it

THE BLEMISH – This story about Michael Jackson wanting to play James Bond sounds like some made up BS, but at least it’s pretty funny for one reason other than the idea of James Bond portrayed by Michael Jackson

THE BLAST – You never see pictures of all the drinking the parents are doing in the photo album of any kid’s birthday party, and this collection from Kim Kardashian’s daughter North West’s party is, sadly, no different

LAINEY GOSSIP – British GQ has a new profile of Johnny Depp commissioned almost solely to try and undo some of the damage from his disastrous Rolling Stone profile earlier this year. But he’s still sad and midlife crisis-y and makes Depp look like the bully in his relationship with Amber Heard, so…Pirates of the Caribbean 6 it’ll have to be, I guess