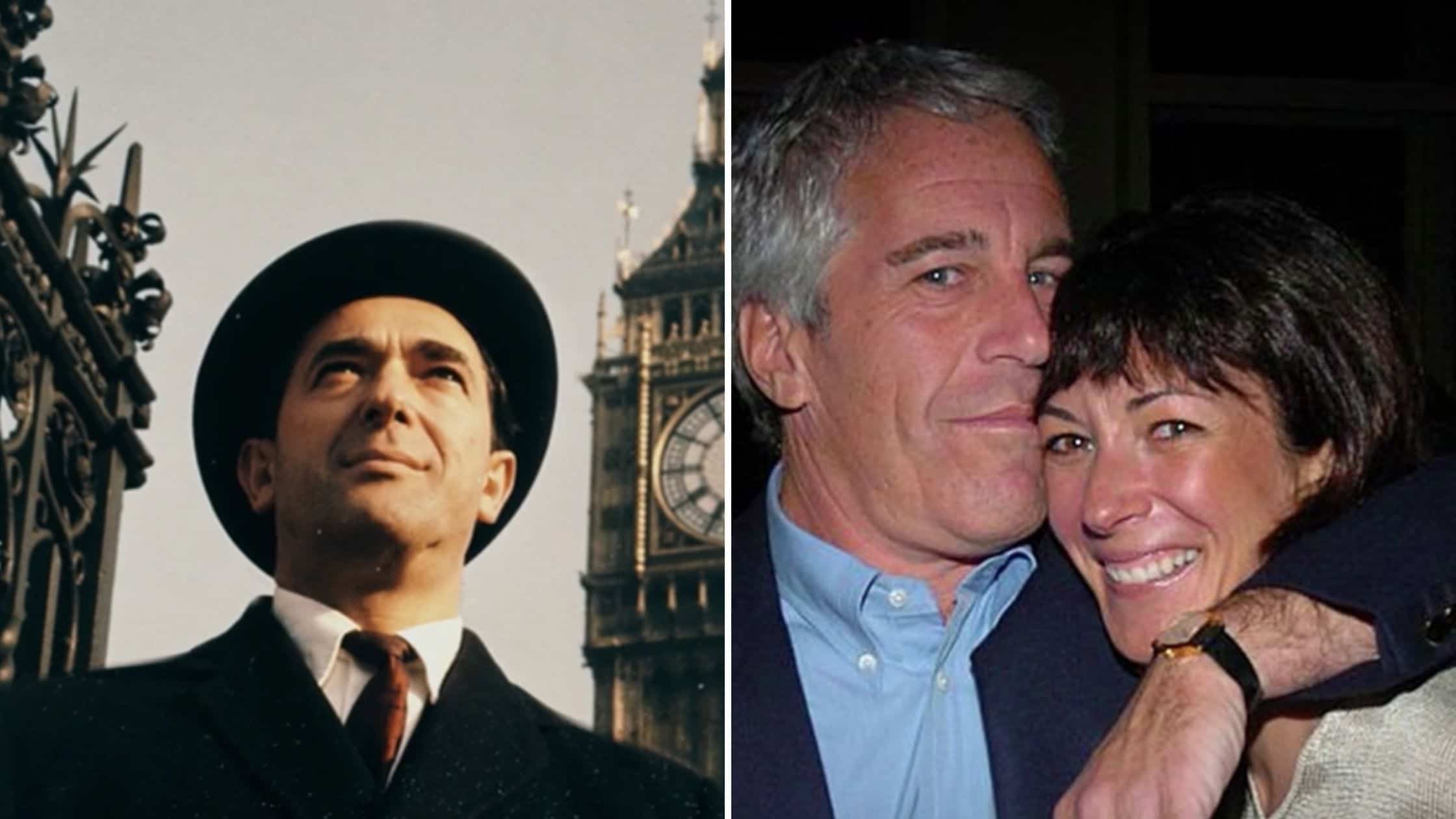 Jeffrey Epstein’s longtime partner-in-crime Ghislaine Maxwell is somewhat mysterious. There are hundreds, if not thousands, of photographs of her with the world’s most powerful people, often with Jeffrey Epstein by her side. It was Ghislaine who introduced Jeffrey to all of these people, who gave him access to the secret world of the elite.

She is now in jail awaiting trial for aiding Jeffrey Epstein’s abuse of young girls. One key to why Ghislaine stuck by Epstein’s side and participated in the abuse may be found in her father, Robert Maxwell, who owned England’s largest newspaper before mysteriously drowning in the Canary Islands. The cause of his death has never been solved, and after his death, a multi-billion fraud was exposed. The Epstein rabbit hole seemingly never ends. 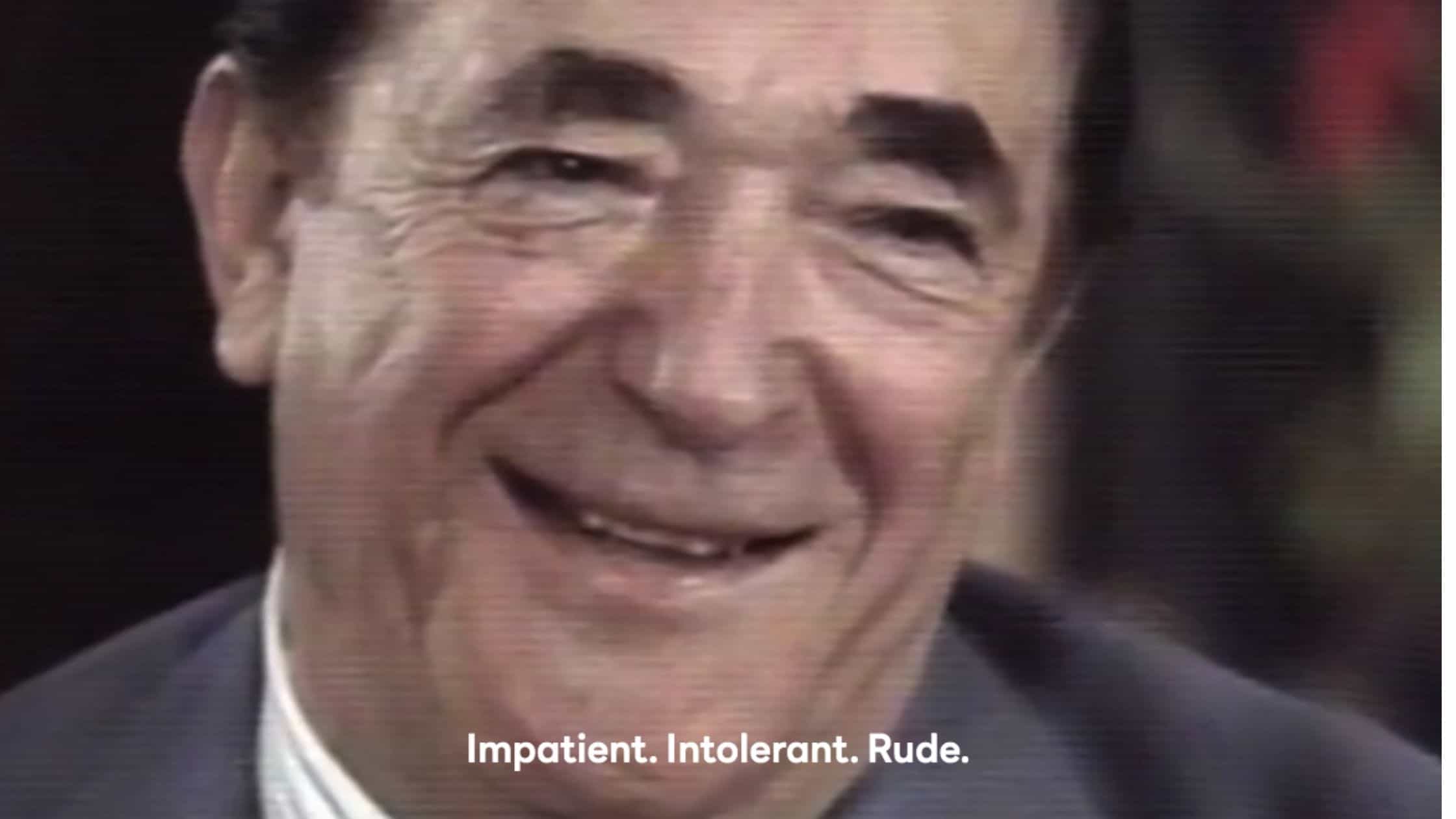 “I plead guilty to all of it,” Robert replied.

Ghislaine’s dad Robert Maxwell, who was born with the name Jan Ludwig Hoch, came from extreme poverty. He grew up in a large family of seven children who all shared one room in one of the most impoverished Orthodox Jewish shtetls in Czechoslovakia. He didn’t even have his own pair of shoes, he shared a pair with one of his sisters. He lost most of his family in the Holocaust. This formative experience of deprivation motivated him to focus on accumulating money, through any means necessary. He would do anything, and everything, “to prosper, to profit, to survive.”

The life of a former double-spy

He later became a double-spy for both England and Russia. When he came back to England, he renamed himself after Maxwell Coffee. He got in start in business by using his connections from working with British Intelligence to co-found Pergamon Press. He would buy scientific papers from German scientists and sell them to libraries around the world for a huge markup.

In 1969 Robert Maxwell was ousted as head of Pergamon Press over findings of fraud. Still, he never admitted wrongdoing. That same year he attempted to buy News of the World, which failed. Instead, Rupert Murdoch purchased the paper. By 1984 Maxwell was able to achieve his dream of being a newspaper magnate with his acquisition of Mirror Group Newspapers. This gave him immense power.

Ghislaine was Robert’s youngest child with his wife Betty, and she became attached to Robert. By the time she was going to college and making her name as a socialite, she had fully immersed her identity as Robert’s daughter. In many ways she became a public face for the Maxwell empire.

Robert Maxwell bought Ghislaine a football club while she was still in college, which added to her role as a spokesperson of sorts. Robert also introduced her to Jeffrey Epstein, who had presented himself to Robert as a financial manager.

Both men have rags-to-riches stories of growing up in poverty and achieving massive wealth in power. They both did so, however, through means of manipulation, ruthlessness, and fraud.

Robert Maxwell met his death at age 68 on November 5, 1991. It’s still a mystery how he died: it could have been murder, suicide, or an accident. His body was found in the water near his yacht, Lady Ghislaine, in the Canary Islands. The day before he had missed a meeting with the bank of England over £50,000,000 in loans.

Ghislaine soon arrived on the scene of her father’s death. According to witnesses, Ghislaine was seen shredding documents when she arrived on the boat, though she denies that this occurred. She then made a public press conference.

Robert Maxwell had a lot of enemies, so murder isn’t out of the question. Suicide to escape mounting money woes also makes sense because after his death it was discovered that over a billion of U.S. dollars were missing, including a huge chunk from pension funds for his employees. In an interview seven years after his death, Ghislaine said that the only thing she was sure it wasn’t was suicide.

DATELINE: ‘Finding Sarah Goode’ The murderer of a young mother kills himself in jail