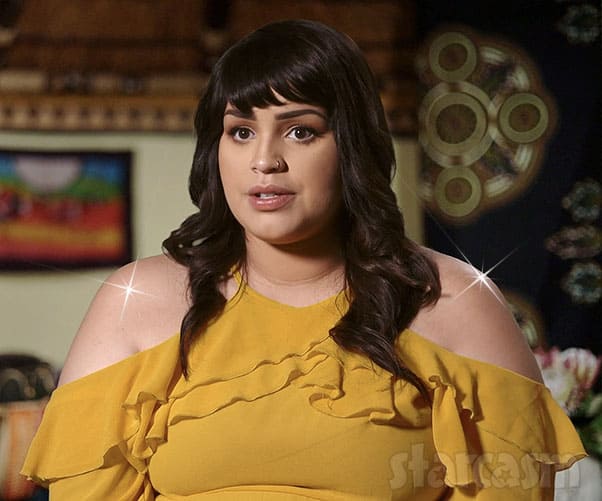 Rumors have been swirling for weeks that 90 Day Fiance: Happily Ever After star Tiffany Franco Smith might have had gastric sleeve weight loss surgery, and the 30-year-old reality star confirmed the rumors during an Instagram live session Saturday night.

“I did have a gastric sleeve, meaning they cut off 70 percent of my stomach inside,” Tiffany said in the clip, included below. “I did it for my health and my happiness. Nothing to do with skinny, fat, whatever. I’m happy with however I look always, but to lose weight for the benefit of my health…It was the step towards a happier healthier me. And honestly, I don’t have time to waste any more in my life. I’m 30 and I just need to do whatever makes me happy.”

Tiffany posted online about heading into surgery on June 16, so it has been less than two weeks since she had the surgical procedure.

Viewers of Tiffany’s live asked her what her weight was before surgery, but she didn’t want to reveal that information. Yet.

“Maybe down the line I’ll feel more comfortable telling what my weight was to everyone [and] what my current weight is,” Tiffany said. “All I can say is I’ve lost 15 pounds, which my friend says it’s mostly water weight, which makes sense cause it fell off like that. [Tiffany snaps her fingers] Now I’ve hit a stall for the past three days. I know I shouldn’t weigh myself every day, but I do.”

Tiffany said that the post-surgery requirements have been a bit of a struggle, and she has already faltered. “To be honest, I’ve made a couple mistakes after my surgery,” Tiffany confessed, “but that’s because you’re still getting over the mental aspect of this whole thing because obviously if you get to a heavy, heavy, heavy weight, mostly — for the most part — you don’t have a super great relationship with food. Either you don’t know when to stop, either you don’t eat the right things, whatever.” 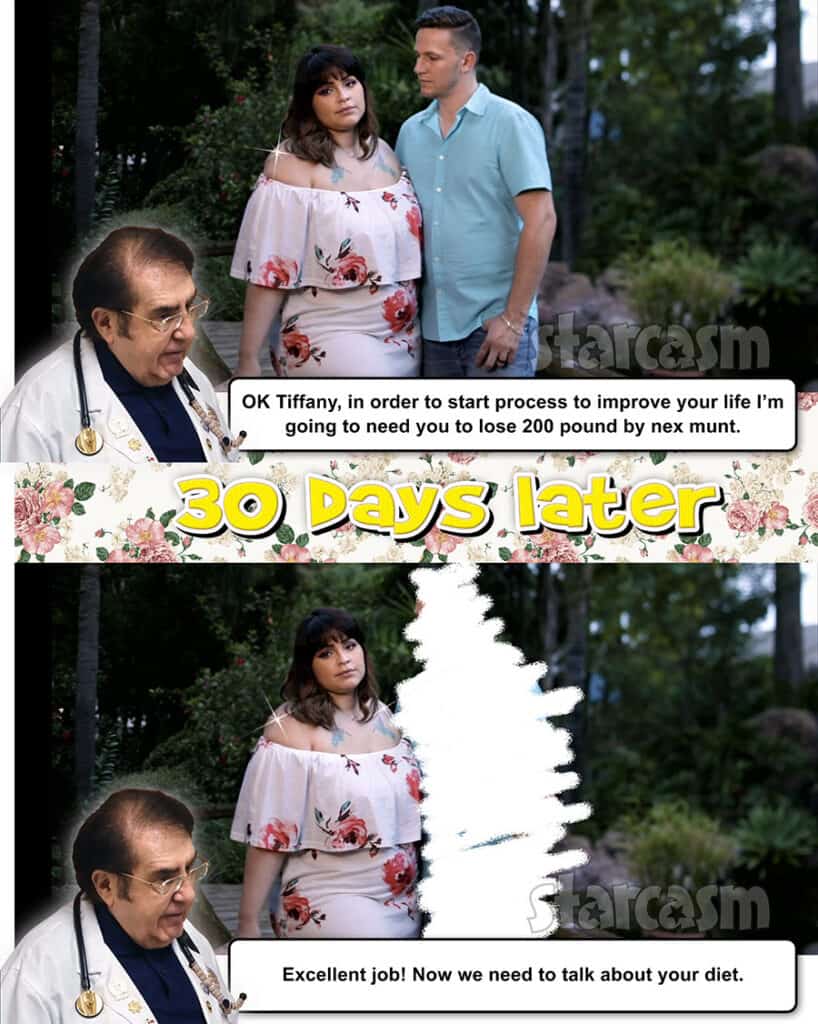 Tiffany also opened up about her weight loss struggle after giving birth to her daughter, Carley. She says that she suffered from postpartum depression and was obsessed with trying to “snap back” to her pre-pregnancy weight.

The mother of two tried really hard to lose weight after Carley’s birth, but severely restricting her diet backfired and eventually caused her to gain more. Tiffany then tried keto and lost roughly 15 pounds. “I was very happy,” Tiffany recalled. “But then I went on vacation and it messed everything up. And once I came back from vacation I was, like, ‘Ugh. I already messed it up so what’s the point?'”

How has Tiffany’s husband Ronald Smith been during this process? “Ronald is supporting me emotionally through everything,” Tiffany said.

Speaking of Ronald, he makes an appearance toward the end of the live video. Here’s the full Instagram live:

To follow along with Tiffany and Ronald’s rather bumpy relationship journey, be sure to tune in to new episodes of 90 Day Fiance: Happily Ever After airing Sunday nights at 8/7c on TLC. Or you can stream new (and old) episodes on discovery+.