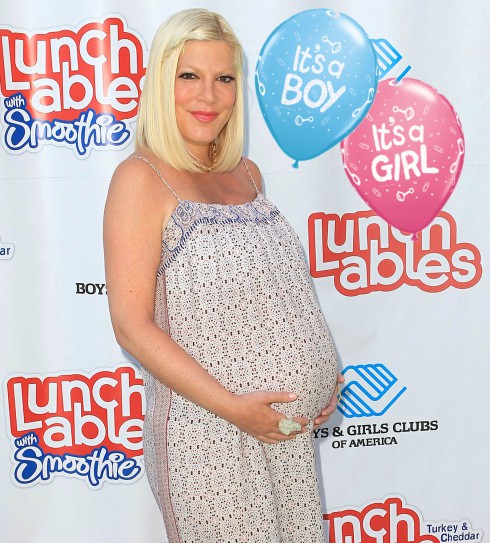 Does you, me, and baby make 7 for the Spelling/McDermott clan? According to Ok Magazine, the pair are expecting their 5th child together.

A source told the magazine:

This isn’t something that was planned; it was a shock. But we are hearing that Tori is in her first trimester, and she’s really excited about it. She was nervous about telling Dean, but he was happy also. They’ve been through a lot — honestly, no one thought they’d make it, but they’ve proved everyone wrong — and this is good news for them.

He’s waiting on her hand and foot and listening to all her concerns, even if sometimes he thinks she’s being over the top. he’s been massaging her feet, cooking her dinner and looking after the kids. He wants her to feel special and not get stressed out.

Tori and Dean seem to have their hands full with children Liam (8), Stella (6), Hattie (3), and Finn (2) plus teenage son Jack from Dean’s first marriage. 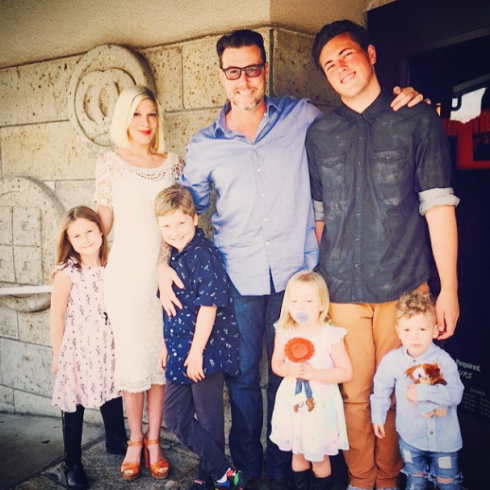 During the second season of True Tori, the couple discuss the option of having another child but ultimately decide they are happy (and in over their head) with four. After making such an important decision, could baby #5 really be on the way?

Not so says Gossip Cop who is calling bluff on the Ok Magazine article. A rep for Spelling claims the magazine’s story is just not true.