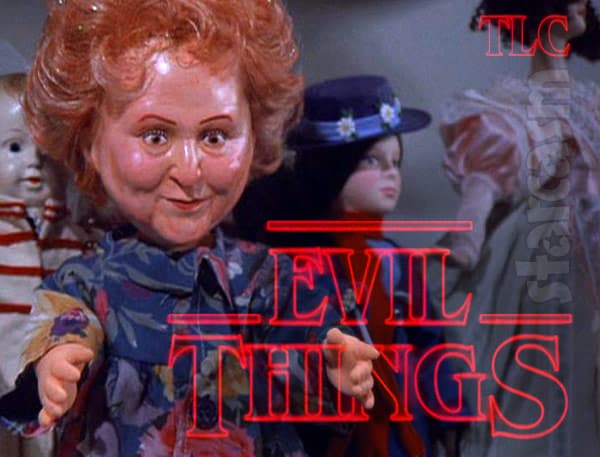 If you’re terrified of the Annabelle movies, or still have nightmares about the tiki idol from The Brady Bunch, then I suggest you stay away from TLC’s new show Evil Things! The series will follow the network’s popular ghost hunting show Kindred Spirits and recounts the “stories of people who claim they’ve survived frightening paranormal activity caused by a haunted object ranging from toys to jewelry and even furniture.”

Here is a synopsis of the first episode, which will tell two terrifying tales:

The premiere of Evil Things recounts two stories. First, Lindsay’s backpacking trip through Europe takes a tragic turn after meeting a new friend, Alex, at a local bar. She wakes up days later in the hospital only to learn that Alex has died and she’s undergone an emergency cornea transplant. Back in America and on the mend, Lindsay is haunted by horrific visions of murder. Is it a side effect of her recovery, or is something darker happening with her new eye? Then, in the second story, James discovers boxes of mysterious videotapes stashed behind a false wall in his attic. He becomes obsessed with the disturbing footage but hides it from his wife, Tori. That is, until dangerous paranormal forces suddenly take hold of their home. 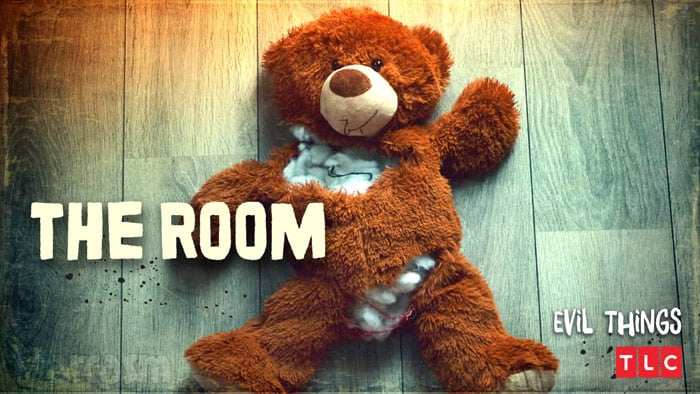 Actress Nikki D’Amico used the photo above to tease her appearance in an another episode, one entitled “The Room.” “Watch for me in an upcoming episode of a new series from TLC called Evil Things,” Nikki wrote on her website. “My episode is segment 10 . . . ‘The Room’, and it’s as scary and creepy as it sounds.”

NOTE – I created the top photo with the George Costanza mom doll and Stranger Things title font just for fun. It’s not official in any way.