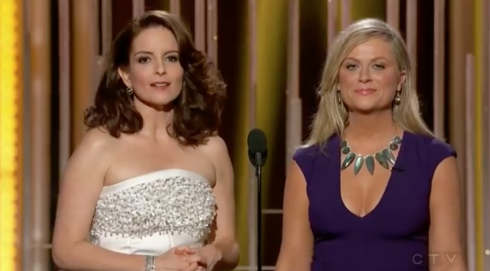 Tina Fey and Amy Poehler killed hosting the Golden Globes last night with their searing jokes jabs at Hollywood, and they didn’t hold back. Everything from those embarrassing Sony leaks to Bill Cobsy’s allegations were fair play.

The pair took turns imitating the comic for the closing joke of their introduction, which sucked the air of the room. 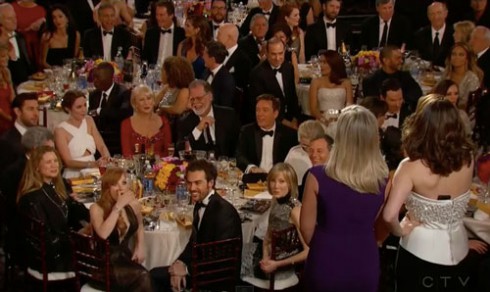 Here’s the joke that shocked an entire room of entertainment people in fancy clothes enjoying champagne:

“In Into the Woods, Cinderella runs from her prince, Rapunzel is thrown from a tower for her prince, and Sleeping Beauty just thought she was getting coffee with Bill Cosby,” Poehler joked.What do you think?

But, the joke wasn’t over yet. “I don’t know if you guys saw this on the news today, but Bill Cosby has finally spoken out about the allegations against him. Cosby admitted to a reporter,” Fey said, before busting in to a Cosby impression, “‘I put the pills in the people! The people did not want the pills in them!’”What do you think?