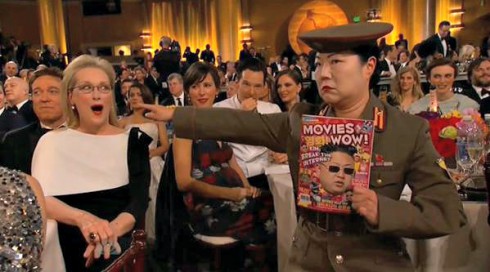 Amy Poehler and Tina Fey are getting largely rave reviews for their final go at presenting the Golden Globes, with many applauding the ladies for refusing to hold punches with their jabs at Bill Cosby.

But not every joke was a universal win. Specifically, some took issue with their running gag about the newest member of the Hollywood Foreign Press Association, a North Korean Army officer named Cho Young Ja. Much of the criticism was pointed at Margaret Cho, who portrayed the character.

“Women & asians, as 2 separate groups, are underrepresented in hollywood, particularly at award shows like the golden globes,” one tweeted at the Korean-American comedian. “But u chose this racist caricature as the way to represent? for what? to entertain some rich white ppl?”

“That bit with Margaret Cho… managed a trio of awards-show sins: It was unfunny, racist, and incredibly long,” Vulture editors said, calling it the lowest point of the night. “To add insult to injury, the Globes kept bringing the bit back throughout the night, even choosing it to close out the telecast.” 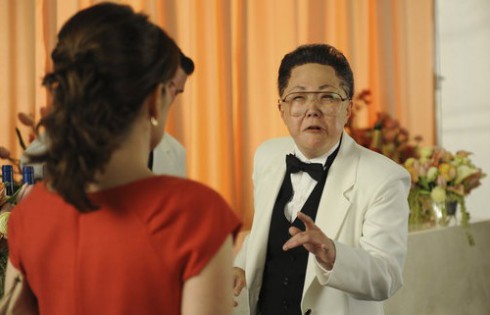 Others defended Margaret, who actually received an Emmy nomination for Outstanding Guest Actress in 2011 for her representation of North Korean leader Kim Jong-Il in an episode of Tina Fey’s 30 Rock. (Shown above.)

“Oh goodness people,” one tweeted. “Satire is not racism. Learn the difference!”

Another who was retweeted by Margaret said, “Everyone freaking out about @margaretcho needs to chill? Comedy is not safe.”