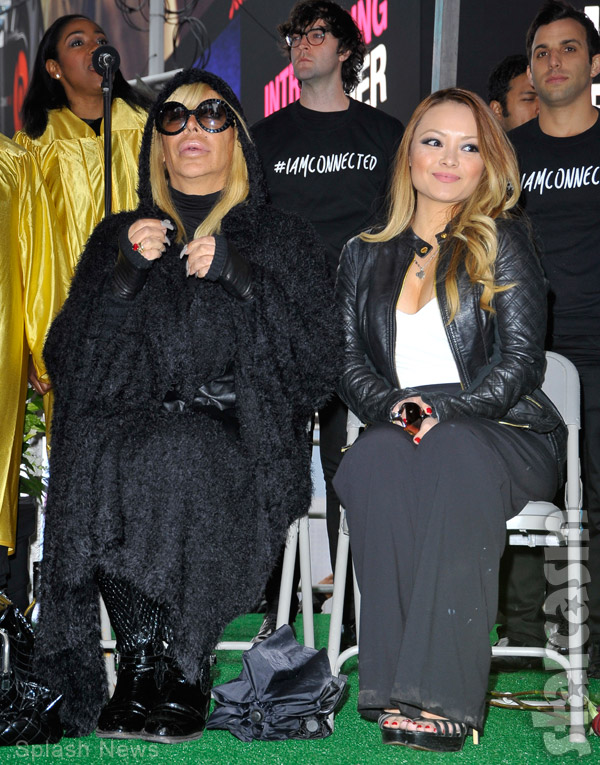 Full-time celebritroll Tile Tequila is back at it again. Just days after becoming a trending topic on Twitter for her racist remarks about using the “N word,” Tila took to Facebook to openly question whether or not people should be saddened by the recent death of much-loved Mob Wives star Big Ang.

“Do you guys think she deserves to be praised?” Tila asked along with a link to post about Big Ang’s “tragic final moments.” Here is a screen grab of Tila’s controversial post: 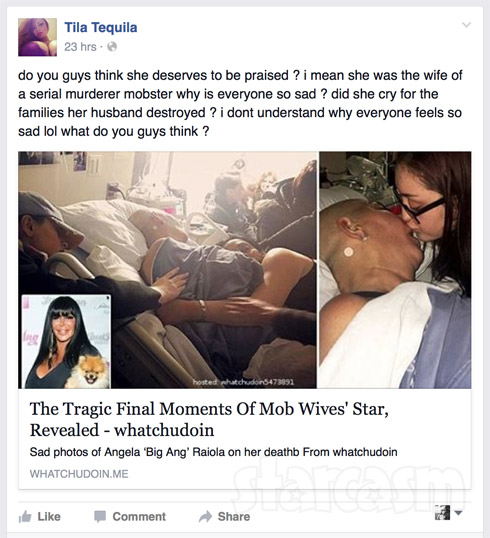 “I mean she was the wife of a serial murderer mobster,” Tila adds. “Why is everyone so sad? Did she cry for the families her husband destroyed? I don’t understand why everyone feels so sad. lol What do you guys think?”

Fans of Big Ang are probably aware that despite the show’s title, Big Ang’s husband, Neil Murphy, was a sanitation worker and a contractor.

What’s especially odd about Tila’s heartless comments is that she had previously shared a very kind and respectful message about Big Ang’s passing just after it was revealed she had lost her battle with cancer. Here is the photo posted by Tila followed by her statement: 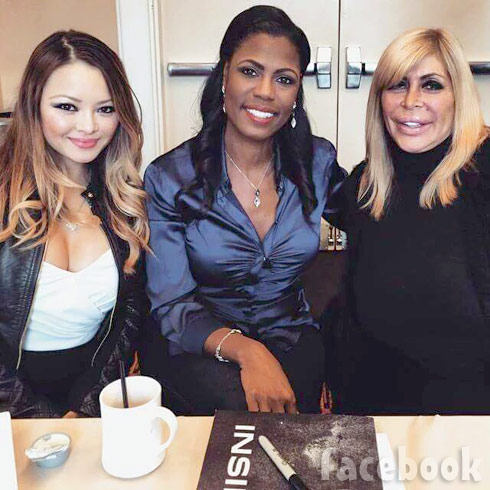 I am terribly sad to hear that Big Ang has passed away! I didn’t know her well, but when I met her she was the only other celebrity who was friendly with me, and always sat next to me. She was asking me a lot about Izzy, and then shared pics of her family to me, and told me what a blessing babies are! She was a very fun, and free spirit for the short time that I got to spend with her! R.I.P. Big Ang! You will be missed dearly!

The only explanations I can think of for Tila’s change of heart are either that she’s completely crazy, or else she believes in the “no such thing as bad publicity” mantra and aspires to become the Westboro Baptist Church of celebrities. Either way, it’s disrespectful and pathetic.

Tila Tequila has lost it, is essentially Westboro Baptist Church in a 5-foot Asian woman’s body