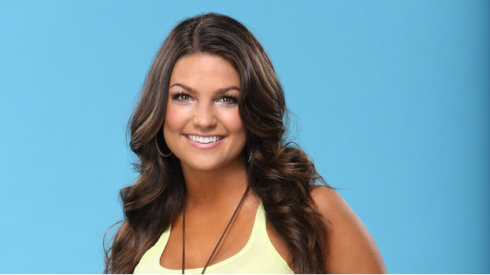 On last night’s special episode of The Bachelor: Women Tell All, the first part of the show was dominated by one of the biggest (and most controversial) personalities to ever appear on the show: Tierra LiCausi. Host Chris Harrison sat the girls down and asked their opinions about Tierra; unsurprisingly, almost everyone had something negative to say. Finally, Tierra herself appeared, ready to answer questions and defend herself. One tiny matter: she happened to be wearing a huge engagement ring. 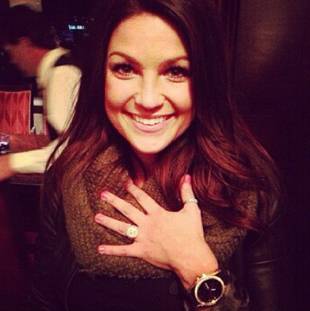 Tierra’s brother  Tyler LiCausi confirmed to Wetpaint that Tierra IS engaged to a an old boyfriend. While he didn’t reveal the name, he says they dated for about three or four years and lived in Vegas together before going through a really bad breakup. She immediately moved back to Denver and signed up for The Bachelor, and while she was away filming he decided he wanted her back, but couldn’t reach her. He desperately tried to contact the show, and finally got ahold of her when she was coming home to Denver last November, and they’ve been together ever since. He moved from Vegas to Denver to be with her, and proposed this January.

Tyler also gave details about the ring, which he calls “insane. The main stone is a four-carat yellow diamond and it’s surrounded by a set of white diamonds. Tierra loves it.”

Here are the 10 craziest quotes about and by one of The Bachelor’s most infamous cast-offs, Tierra:

1. Selma: “We all kept sitting down with her (Tierra) and being like, ‘You gotta hide your crazy.'”

2. Lesley M.: “Tierra’s sparkle didn’t sparkle that big. And I think it never did the entire season. It was pretty dim when Sean gave her the first rose and it only lessened and lessened as the season went on.”

4. Tierra: “It’s difficult for me because I light up in a room, especially with people I’m comfortable with, and when I walk into a room, I bring this joy and this smile and I’m happy, but with people that immediately judge me and don’t give me a chance to have that light and to be open and to show my personality, they immediately judge me based off of what I look like, instead of the inner person, the heart I have, the good family I come from, and everything that I value in my life, and all my morals that I have, as well.”

5. Tierra:  “Every girl in the house talked about one another and it’s true on this show where they specifically name somebody and bash them… you never heard me on the show ever say somebody’s name directly that, ‘Oh, she was a b-i-t-c-h, she was this, she was that – never!'”

6. Tierra: “There’s nothing that I can say to apologize for because there’s nothing I feel that I did to these girls intentionally or that I said bad about them and if I did say anything bad about anybody here, please tell me and bring to my attention and give me an example because honestly, I didn’t say one bad thing about any of these girls. I didn’t go to Sean and say, ‘So-and-so is doing this in the house.’ I never made that attempt to him, ever.”

7. Robyn:”I’m shocked that you are saying the things you’re saying right now, and you’re being so so sweet, so innocent… you’re delusional.'”

8. Tierra: “I was friendly. It wasn’t like I walked around the house and I was this complete devil. It wasn’t that way.”

9. Tierra: “When I was a little girl, I was Little Miss Nevada… and my dad always told me, ‘You have this little sparkle.’ That means something to me. It’s not to take in a negative way. It wasn’t to add fuel to the fire.”

Volcano in Iceland has negative impact on Earth (Cartoon)