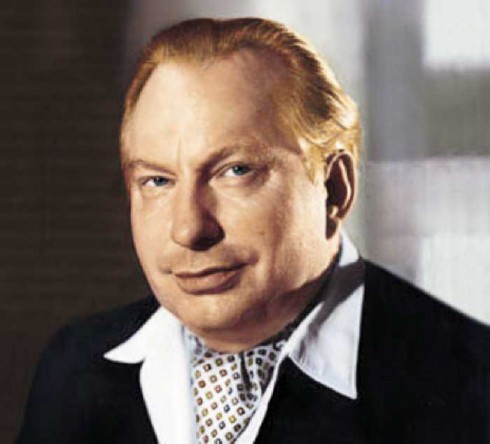 In the HBO documentary Going Clear that aired Sunday night it was revealed that according to Scientology founder L. Ron Hubbard’s second wife Sara Northrup, the leader kidnapped their daughter and then told his wife he had killed her.

Sara’s writings also recount an incident where he hit her across the face with a gun while she was asleep because she was smiling. He said he knew she was smiling because she had been thinking of someone else. She didn’t leave him because he had threatened to kill her if she did so.

They had a daughter, Alexis, which Sara says is the only good thing she got from him. Their family soon moved to Elizabeth, New Jersey, where he wrote Dianetics, which eventually became the basic for Scientology. She says he told her “The only way to make any real money is to have a religion.” She says he really liked the idea of getting an income that the government couldn’t tax.

After the book Dianetics got some popularity (and before the Scientology religion actually got started,) Sara says he began to buy into the idea of himself of a prophet. “He was absolutely convinced that he had the cure for he psychology ills of mankind, and that the only reason that it wasn’t being propagated far and wide was that the medical profession had a vested interest in keeping people sick. I think he was afraid some that psychiatrist would pop him into an institution. He degenerated into a really paranoid, terrifying person.”

When she threatened to leave him unless he got help, he kidnapped their daughter Alexis and fled with her Cuba. Because he had trouble caring for her, he hired a mother and daughter with special needs to look after her, and they reportedly kept her in a cage. Meanwhile, he called Sara and told her that he had murdered their daughter, chopped her up into bits, and threw her into a river. Later, he called back to admit that she was still alive.