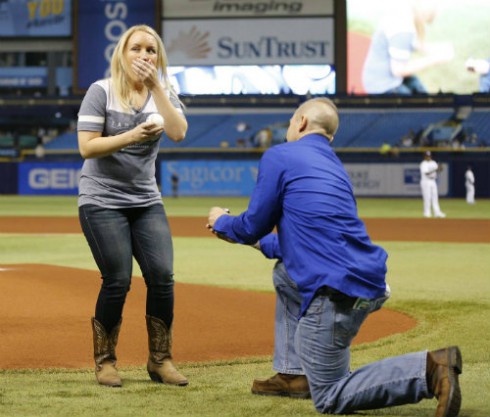 Cameron Hill and Melissa Dohme’s love story had a nightmarish beginning, but is now set to have a fairy tale ending: Three years after EMT Cameron responded to the scene where Melissa was stabbed 32 times by her ex-boyfriend, the pair got engaged during Monday night’s Tampa Bay Rays baseball game.

“I have never been so happy in my life! Just completely blown away at the love I have for this man and also learning about ALL he went through to make this surprise ‘first pitch’ engagement possible,” Melissa said on Facebook, explaining she thought she was invited to throw the first pitch because of her work as a domestic violence advocate. “He made up a huge plan and I HAD NO IDEA. None. Zip. Nada! 10000% surprised and I’m blown away. So in love.” 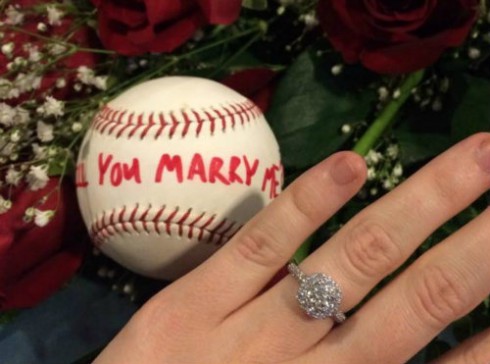 Melissa and Cameron first met in January 2012, when he was one of the first responders who came to her help when she was stabbed 32 times by an ex-boyfriend.

“It was so bad, you couldn’t tell she was blonde,” he told The Tampa Bay Times in 2013. Despite the traumatic scene, Cameron said he had a “sixth sense” he would see Melissa again.

But first, Melissa was taken by helicopter to a nearby hospital where she flatlined four times, suffered a stroke and had to receive 12 units of blood. After a remarkable recovery, she spent the next months traveling through Europe and returned with a renewed desire to help others. Then, during a speaking engagement at a church 10 months after the attack, she and Cameron met again. 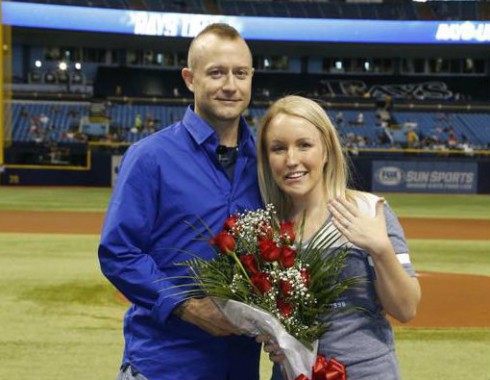 Since then, the pair said they’ve been inseparable — aside from the moments when Cameron was secretly planning the proposal.