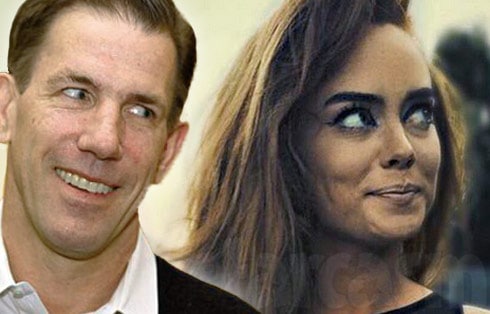 Ravenel filed legal papers on May 19 arguing that Dennis has made “false accusations, insinuations, and derogatory statements” about him. In addition, he says that Dennis “publicly released part of her medical records in an attempt to ‘flagrantly,’ ‘willfully,’ and “intentionally’ fail to obey court orders,” according to docs obtained by Radar.

Ravenel, a former politician, has primary custody of the pair’s two young children since Dennis recently completed a stint in rehab.

Because of the alleged transgressions, Ravenel requested that the judge find her in contempt and punish her accordingly–”including, but not limited to, incarceration.”

In a recent interview with Quintin’s Close Ups, Ravenel verified that there’s a gag order on the pair’s ongoing custody dispute which (should) prevent them from speaking about the case in public.

Dennis has kept upbeat on social media, including this recent gallery of images with her daughter Kensington:

The latest reveal comes after court docs surfaced in which Dennis accused Ravenel of using drugs around the kids.