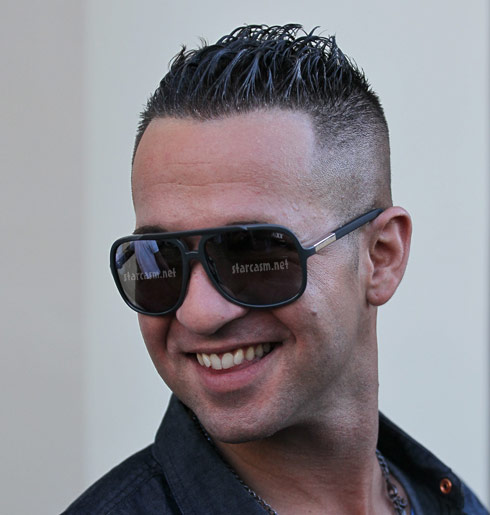 Several weeks ago Mike checked himself in to the Cirque Lodge stating that he needed to, “get control of a prescription medication problem I had due to exhaustion.” Well apparently he’s back to where he wants to be because he’s officially out. The Sitch was spotted out yesterday at a nearby airport taking time to do a little photo op with a fan.

A recent source for Radar stated that one of the pills he was hooked on was the drug Dilaudid and he was hitting his cocktail of medicines so hard that it could have been deadly. He has all intentions to be a part of the cast of Season 6 of Jersey Shore along with a pregnant Snooki. That combo should prove to add a seriously different dynamic to the house in Seaside Heights.

Here’s to hoping Mike got the help he needed.