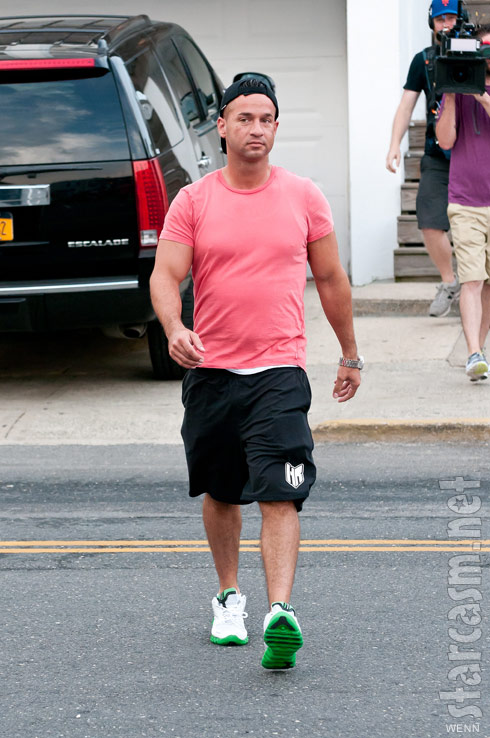 It appears as though MTV might have themselves a bit of a Situation! Mike “The Situation” Sorrentino has reportedly stormed out of the Seaside Heights beach house where the network is currently filming Season 5 of the popular reality series. His departure follows that of fellow cast member Vinny Guadagnino, who apparently left the show for good and returned to his home in Staten Island July 1.

According to numerous accounts The Situation got into a argument while filming yesterday (it’s not clear with whom) and then ripped off his microphone and stormed out of the house and down the street, leaving the MTV camera crews behind. 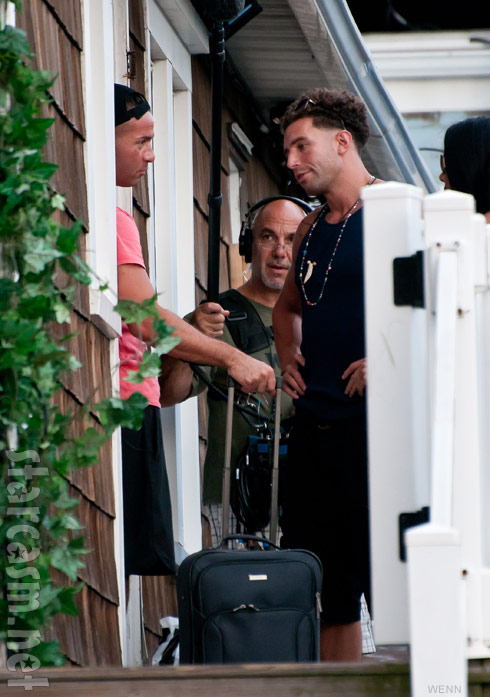 ^ The Situation argues with the MTV production crew just prior to removing his microphone and storming off. (C.Smith/WENN.com)

INF Daily got a video of The Situation (with his posse of p… ladies) yesterday in which he seems to dodge the question of whether or not he is leaving the show before answering the cameraman’s “Good luck” well wishes with, “I don’t need luck … I don’t need it.”

Sources for TMZ say the star has “been antsy lately” and “telling producers he doesn’t need the show.”

Perhaps filming back-to-back seasons was a bit much? Or on the other hand, it might have been pure genius! Who wouldn’t want to tune in to Season 5 and watch each and every cast member (except Deena – who is still fresh!) melt down and crack? I could just see it – as each one leaves MTV would freeze the frame and then scroll some text about what that person is up to now.

UPDATE – Reports are that The Sitch is back in the house now, so perhaps this will all blow over.

PHOTOS – Snooki before and after her de-poofed Inside Edition Makeover