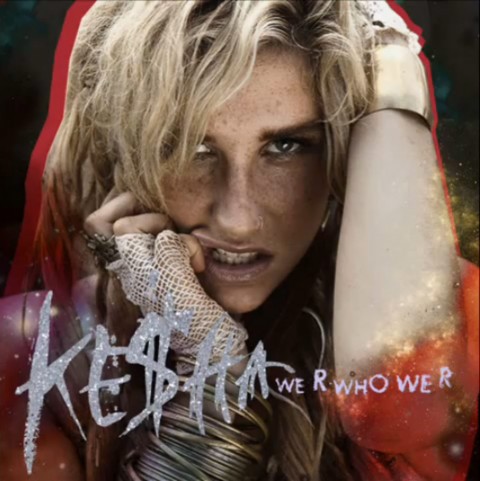 In the most important celebrity secret reveal in the last 20 years pop singer Ke$ha finally explains the traumatic reason behind the infamous dollar sign that appears in her name.  Some may have wanted to know who shot J.R.  The world may have been a little curious about Tiger Woods’ and Jesse James’ extra marital affairs but everyone needed to know about the dollar sign and we finally have an answer.

Here is Ke$ha in her own words explaining the history behind the unfortunate bling insert in her name:

It is amazing how the smallest seemingly insignificant moments in a pop star’s life can change things forever.  Because Shakey’s Pizza had a special going for sausage, salami and sun dried tomatoes pizza they were all out of esses.  In a desperate move they exchanged Kesha for Ke$ha on her happy birthday sign message and changed the course of events in the young girl’s life forever.

Through tears Ke$ha explained that:

“It ruined my life.  I wanted to be a CPA.  But you know who H&R Block doesn’t hire?  People with a dollar sign in their name.  I pretty much had to be a pop star.”

Here’s a shot of the infamous billboard that sent Ke$ha into a downward spiral of fame and fortune: 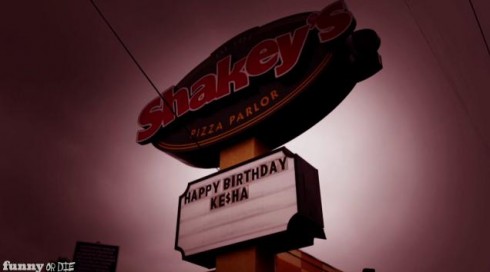 The worst part about this whole disastrous dollar sign debacle; the fact that Ke$ha now has to push the shift button twice when typing her name.  And so do all us bloggers for that matter.  Damn you Shakey’s Pizza!  Even Ke$ha’s chance at redemption went wrong, I think Kesh4 is even worse.