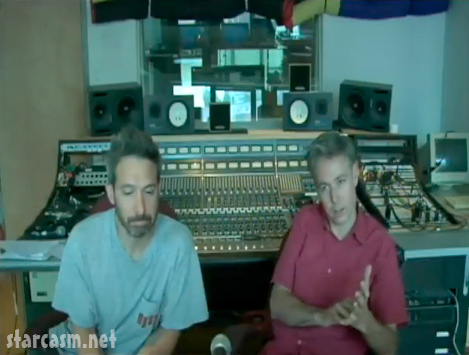 Adam Yauch (aka MCA) announced this morning in a video posted on youtube that he has a “very treatable” cancerous tumor in his throat. The good news is that the cancer is isolated to his salivary gland and treatment for this form of cancer has a very high success rate.

The band’s album and concert dates have been put on hold for a while as Adam has surgery. Here is the video, with a complete transcription of the conversation:

The other Beastie Boy in the video is Adam “Ad-Rock” Horovitz and here is the complete conversation transcribed:

Yauch: We’re rolling? OK, ummm. So, (laughing) This is crazy.

Yauch: It’s not funny, it’s dead serious. So, the reason we’re here talking is because I have some pretty heavy news, I guess, to say – unfortunately we’re gonna have to cancel a bunch of our shows coming up and actually push back our record release because recently, about two months ago, I started feeling this little lump in my throat, like what you would feel if you have swollen glands or something like that, like you’d feel if you had a cold, so I didn’t really think it was anything. But then just recently, when we were over in Europe doing promotion, I started to think that I should talk to my doctor, so I called my doctor and saw him when I got back – this is about two weeks ago – and he sent me to a specialist. They did tests, and I actually have a form of cancer in the gland that’s over here, and it’s in a gland called the parotid gland, and it’s also in the lymph node right in that area.

So, I’m actually going to have to have surgery, probably next week coming up and then after that have to have some radiation done localized in that area. The good news is, they did scans of my whole body and it’s only localized in this one area, and it’s not in a place that affects my voice, so that’s nice. (laughing)

Horovitz: (laughing) Which is a plus

Yauch: That’s convenient. So anyway, it’s a little bit of a setback — it’s a pain in the ass — but this is something that’s very treatable, and in most cases … they’re able to completely get rid of it, and people don’t have continuing problems with it, and they’ve caught it early and it’s not anywhere else in my body. So, that’s the good news. So that’s what’s up.

So I apologize to everybody for anyone who’s made plans or was psyched to come to these shows that are coming up and I just apologize for anyone that’s put themselves out in terms of their schedules or whatever and we’ll be back doing this soon. So that’s what’s up!

Yauch: And Very kind of Adam to come in, you know –

Horovitz: Yeah, I’d like to also say for the record that Adam didn’t tell me why I was coming down here so I was just on my couch watching TV

Horovitz: So this is a fake beard and look – I was actually dressed very nice before I –

Yauch: (laughing) This is part of your look for your other band, for the country thing that you’re going to be doing, the Kenny Rogers-style thing Adam’s been working on.

Horovitz: (laughing) Yeah, I’m working on a thing, so –

Yauch: And this will be a great opportunity, you’ll have some time now to bust it out.

Horovitz: This is like a plug for that, so this is a multi-fold type of message. Yeah, alright.

Yauch: This is gonna be big.

Horovitz: This is really big. (laughing) Thank you for the opportunity. And we’ll see you.

List of 2011 Rock and Roll Hall of Fame nominees released