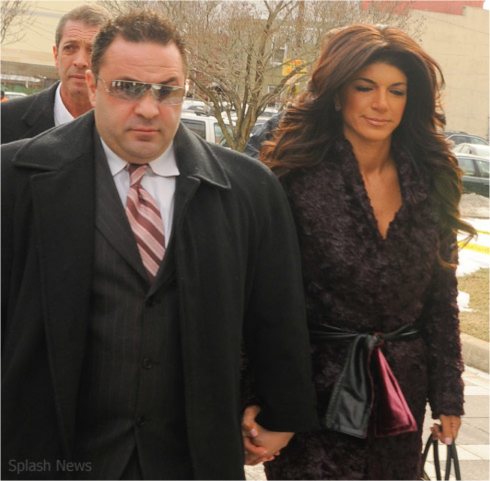 The Real Housewife of New Jersey star Teresa Giudice is known for being a bubbly socialite who loves fancy dinners, vacations, and trips to the mall. However, that may soon change for the 42-year old after her sentencing next month.

According to Us Weekly, sources claim Teresa will be sentenced to house arrest for pleading guilty to nine counts of mail, wire, bank and bankruptcy fraud. We previously reported this would be an option for the reality star, but now sources are now claiming it will be the outcome.

House arrest isn’t ideal for the busy mom of four but it definitely beats 27 moths in jail, which is what Teresa is facing as an alternate sentence. Joe, on the other hand, is looking at nearly four years in the slammer. “The great likelihood is that Joe will get some jail time…It’s just a matter of how long.” Joe’s attorney said.

Despite the looming sentencing, Teresa keeps truckin’ along. Between her cookbooks, drink line, dessert line, and hair care line, Teresa is doing everything she can to keep the money flowin’ in and the lawyer bills paid. 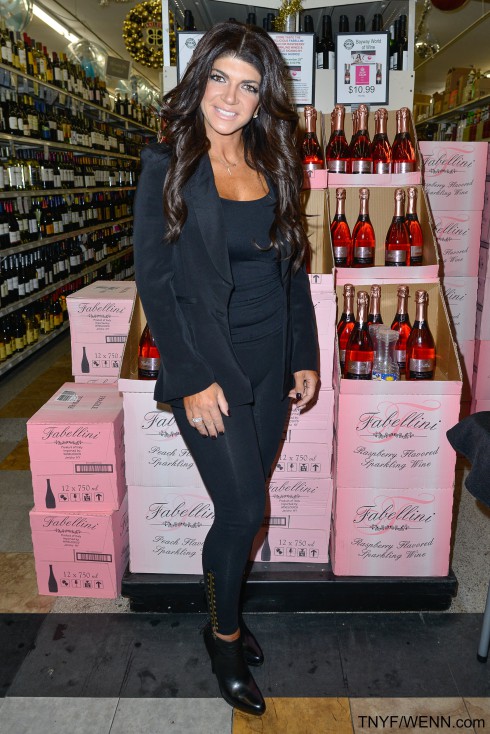 This busy schedule may work in Teresa’s favor and provide her with some flexibility and a good deal of “out of the house” freedom as most house arrest situations do allow for leaving the home for work purposes. It will be interesting to see just how far Teresa can push the envelope with that caveat because she could theoretically set up wine signings, book signings and/or RHONJ scenes pretty much anywhere she would like to go, right? Want to go to the mall this weekend? Just set up a book signing. Want to go to the club? Call up Melissa Gorga and tell her you’d like to arrange an on-camera catfight.

Teresa and Joe’s oldest daughter, Gia, also looks to be staying busy. Maria DeSantis, owner of Xist Talent Agency where Gia is listed as one of their talents, posted this picture of Gia and her pals having a bedroom discussion as cameras roll:

I think we can guess what the girls are talking about.