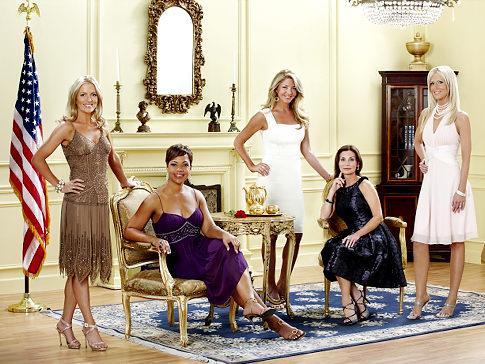 It’s been suspected for some time, but Bravo ended speculation by officially announcing they will not be renewing The Real Housewives of D.C. for a second season. The cancellation is the first in the 5-year history of Bravo’s Housewives franchise, which includes 6 locations around the US.

Bravolebridiety (and executive vice president of original programming and development at the network) Andy Cohen told The TV Column of The Washington Post, “We had an amazing season and we told stories that were unique to any other in the franchise. I wish all our DC Wives the best and hope to work with them again in another capacity.”

Radar Online reported two weeks ago that the plug had been pulled on the series, but Bravo had remained officially silent until now, possibly so they wouldn’t cast a shadow on their Upfront presentations last week. (During which they announced the very popular Real Housewives of Beverly Hills would be back for a second go-round.) 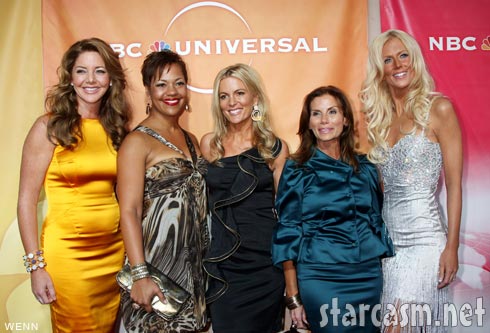 The numbers weren’t great for RHODC, but they weren’t that horrible either. The show averaged about 1.4 million viewers a week, which put it behind only the ladies from New Jersey at the time.

So what did do the franchise in? In this Bravo fan’s humble opinion it was the Michaele and Tareq Salahi whirlpool that seemed to suck the life out of every other plot and character on the screen. Other Housewives installments have gotten by with singular plotlines (Bethenny vs. Jill, Danielle Staub’s past, Kyle vs. Camille) but the difference is that those conflicts were entertaining.

For whatever reason, the psychological derangements of the Salahis was absolutely boring. I assumed going into the season that the show was going to be pure gold for Bravo given the national storyline of “The White House Crashers” and the fact that their cameras were there to capture it all, but watching those two people on screen was nothing short of hum-drum and bordering on excruciating.

I can barely even remember the other plot lines, which were otherwise major things – like finding a birth parent and divorce. (That’s right, right?) Andy Cohen talked early on about the seemingly lackluster ratings of the show early in the season, telling The TV Column, “We knew this was going to be different from the others.” And he continued, “It’s less noisy.”

But I don’t think it was the lack of drama or subdued personalities or the relative high-mindedness of the topics on the show that did it in – in the end all of those things were moot thanks to the Salahi eclipse, and sadly the cast members and producers will not get an opportunity to see what the ladies could do in a Salahi-free environment.

The news also casts a dark cloud on the future of The Real Housewives of Miami, which suffered from relatively low ratings and lackluster reviews in its first season. I am hopeful that superstar Mama Elsa combined with an explosive and very entertaining live reunion show might be enough to give the ladies of South Beach another shot.