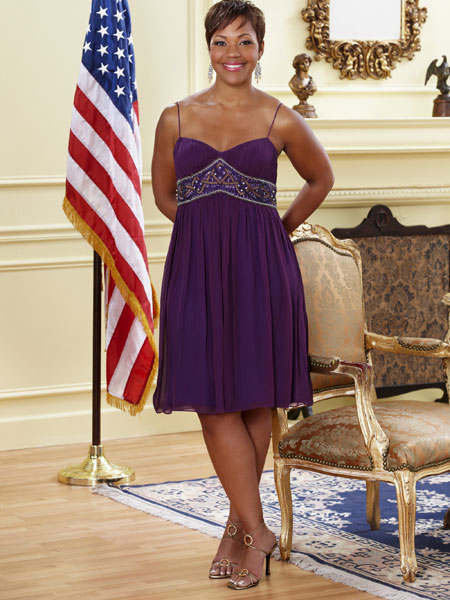 Bravo’s latest house spouse reality series The Real Housewives of D.C. is all set to premiere tonight and in addition to a couple of notorious White House crashers we can apparently look forward to meeting a “bone-a-fide” inventor!

The Bravo housewives are famous for inventing stories (Gretchen) and personal histories (Danielle) but this inventor isn’t one of the ladies, he’s the husband of Capitol City hottie Stacie Turner (above). His name is Jason Turner and in December of 2006 he received a patent for a “penile volumetric measuring device.”

That’s right – a device designed to measure the size of a man’s “Big Papa” or “Staub” or “Nene Leaker” or “Slade Smiley” or “He by Hooray” or “Manzo” or “Lisa Woo-Hoo Hardwell” or just plain penis.

Here are the specificulars from the United States Patent and Trademark Office website with drawings tossed in for “good measure.”

(For ad reasons I’ve had to swap out the “i” for an “!” in a few of the phallic references and blot out some graphic imagery with another famous Willy.) 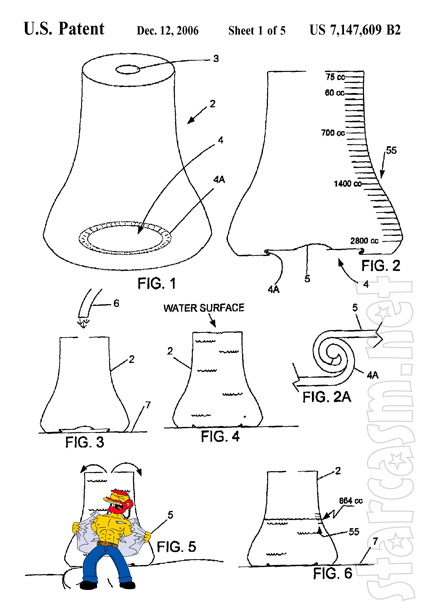 BACKGROUND OF THE INVENTION

Throughout history, there has been discussion and focus on the human male sex organ. Generally, having a large penis is seen as more masculine and manly than having a small pen!s. Well-endowed male pornography stars are looked at by many with admiration and envy due to the size of their pen!s.

In recent times, society has shown a strong resurgence in interest regarding matters pertaining to the pen!s. Viagra.RTM. (Viagra is a registered trademark of the Pfizer Corporation and refers to a compound for treating erectile dysfunction) has enjoyed tremendous success since its recent entry into the marketplace. Once marketed solely to older men having trouble achieving and maintaining an erection, Viagra.RTM. is now being marketed to and bought by younger men looking to enhance their sex lives. Moreover, just as a woman can undergo surgery for breast augmentation, so can a man undergo surgery to increase the size of his pen!s. The Internet is brimming with ads that market or sell products which claim to increase pen!s size. 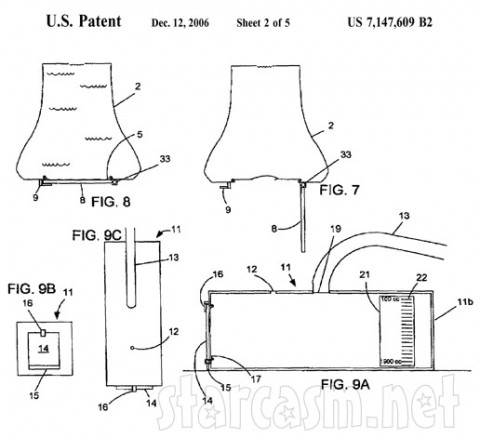 With all the recent attention shown to increasing pen!s size, there is a remarkable lack of convenient and accurate methods for measuring the pen!s. Most men merely take a ruler and measure the size of their pen!s in inches. However, to adequately describe the size of a pen!s the length alone is not enough. Nor is it enough to know the diameter at an arbitrary point. The penis is not shaped like a true cylinder, but rather it has a more complicated shape. Therefore, a method for measuring the size of a pen!s needs to account for the unusual shape and size of the human pen!s.

What is needed is a better device for measuring the size of the pen!s. 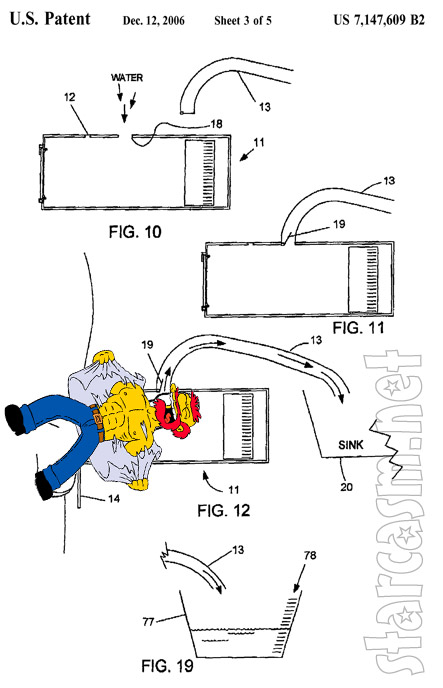 SUMMARY OF THE INVENTION

I find it odd Jason Turner was able to get a patent on this since the “penile volumetric measuring device” was around as early as the late 1990s when it was called a Paris Hilton: 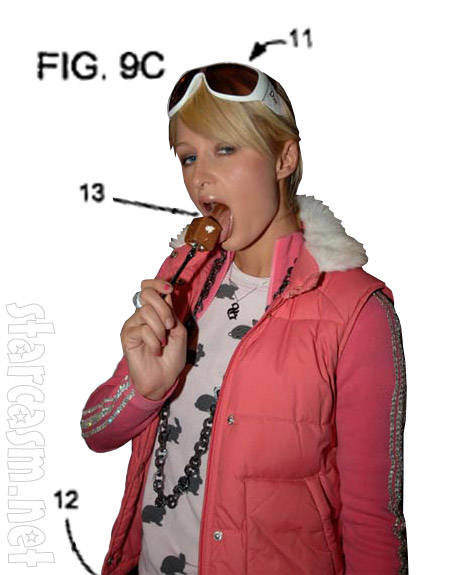 Although it’s moot, here are the rest of the patent drawings: 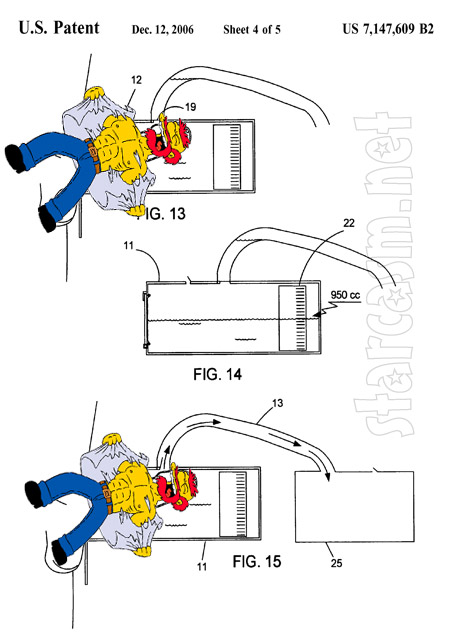 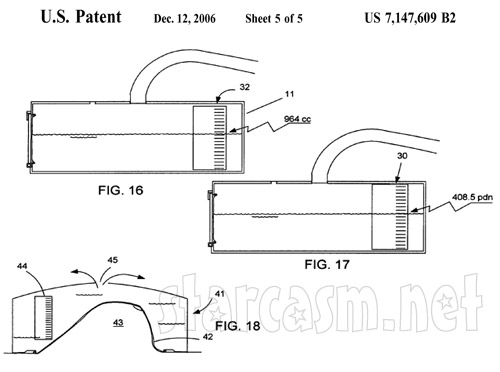 VIDEO: Drunken Salahis attend a party they were actually invited to

The Gatecrasher who cried wolf: Michaele Salahi claims to have MS (Multiple Sclerosis)