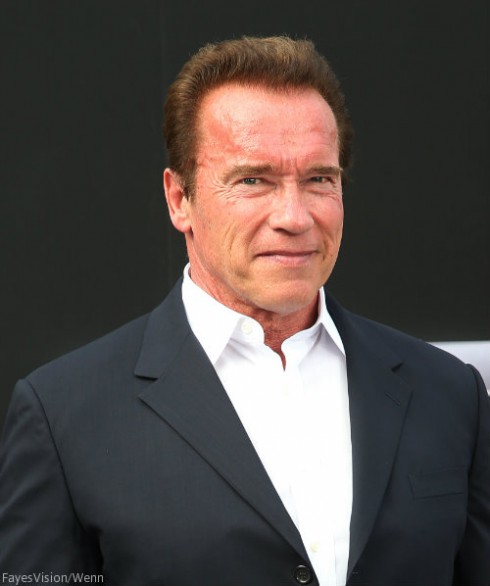 “I have always been a huge fan of The Celebrity Apprentice and the way it showcases the challenges and triumphs of business and teamwork,” the former California governator said in a statement. “I am thrilled to bring my experience to the boardroom and to continue to raise millions for charity. Let’s get started!”

Paul Telegdy, president of alternative and late night programming at NBC Entertainment, called Arnold “the epitome of a global brand in entertainment and business.” Executive producer Mark Burnett also expressed his pleasure with the new hire, saying, “Gov. Schwarzenegger will use his vast and highly successful business, political and media experience to drive this hit franchise to new heights.”

Arnold will make his debut as the Celebrity Apprentice CEO during the 2016-2017 season. He is following Donald Trump, who was formally ousted by NBC in June for his comments about Mexican immigrants and hasn’t been heard from since. 😉

Maria Shriver’s “How Do I Transition?” video foreshadows split