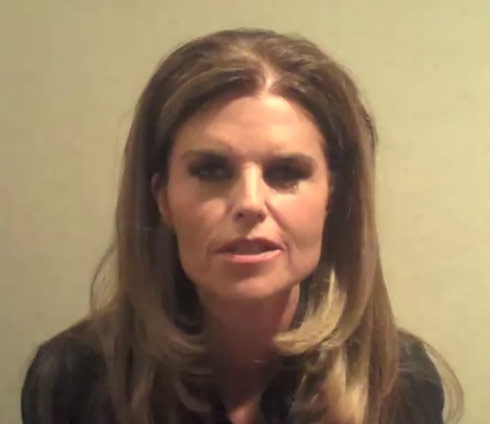 The split of Maria Shriver from husband Arnold Schwarzenegger is dominating the entertainment headlines right now.  Many folks are now saying after-the-fact that they aren’t surprised but in light of multiple groping allegations against the Gubernator and 25 years of Maria sticking it out I think that’s a little overstated.

Maria did post a cryptic video via her YouTube channel back on March 28th asking her fans how they go about transitioning in life.  It does seem to foreshadow the events that are now taking place.  Here is the clip followed by the full transcript:

“How do you think you can really have an impact in 2011 in the world when the world seems to be blowing up? And I’d like to hear from other people who are in transition. How did you find your transition? Personal, professional, emotional, spiritual, financial, how did you get through it? What were the three things that enabled you to get through your transition? After you transitioned what do you wish you would have known? I wrote a book a long time ago “Ten Things I Wish I Would Have Known Before I Went Out In To the Real World.” Tell me some things you wish you would have know before you transitioned.   You might be able to help me.”

At first the clip has a straight up, “What do you think?” journalistic vibe but Maria has a very downtrodden countenance and the way she tails off in the end suggesting that the advice could help her is really telling.  I’ve always thought the world of Maria and I believe her professional work speaks for itself.  She’s a tough cookie and I hope she finds her transition to be one that, in the end, proves to be life affirming and a step forward.