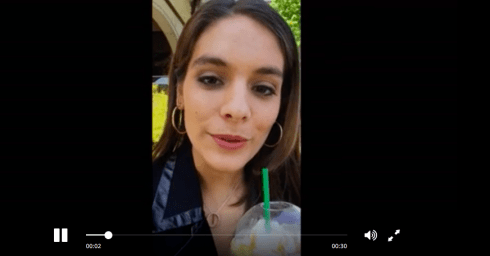 Tonight’s Lifetime Movie The Girl in the Bathtub is based on the disturbing and mysterious demise of Julia Law, who was found dead in her boyfriend and boss A. Charles Peruto Jr.’s condo. The attorney was cleared in her death after a grand jury found “no evidence of criminal activity” on his part after an 8-month investigation.

In 2013, 26-year-old Julia Law was a paralegal who worked for Peruto. They began a romantic relationship that ended when Julia was found dead in the bathtub of his condo.

“She drank to a degree where her blood-alcohol level was .42 and she drowned in a tub,” he told Philadelphia newspaper The Daily News about why she died.”It was an accident.

“Why was this needed?” he asked about the investigation. “What was suspicious? What raised eyebrows?”

Peruto was surprised to learn that Lifetime made a film about the case. “I don’t know how I, or anyone, can be portrayed accurately, since no one in my firm, where she worked daily, myself included, was so much as asked a question,” he argued about the Lifetime movie airing tonight starring Jason Patric and Caitlyn Stasey.

When she died, Julia was just about to turn 27 years old. She was found frothing at the mouth by the building’s maintenance worker and at the time no drug or alcohol connection was found. However, the toxicology report found her blood alcohol level to be above .40, which is a lethal level.

Peruto was extremely angry at the investigation, which he deemed to have been a “witch hunt.”
After Law’s death was ruled accidental, Peruto took to Facebook to give District Attorney Seth Williams some choice works – “calling him a “power-tripping bum” and a “fat pr—,” according to Philadelphia Magazine.

“Release the complete report that we paid for, Mr. District Attorney,” Peruto wrote. “You spent our money on your witch hunt, and took eight months to do it, while my father was dying.”