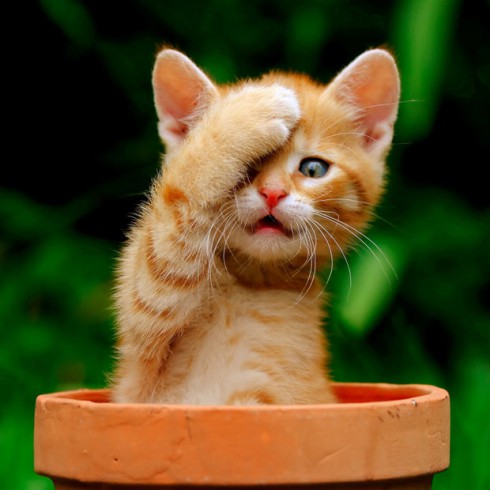 Talk about karma! Within an hour of robbing a Texas credit union, the dim-witted criminal was robbed of the cash.

The Dallas Morning News reports federal court records show Larry Poulos’ failed money grab began when he walked from his apartment to the Educational Employees Credit Union in Arlington. He patiently waited in line before handing the teller a note that read “bomb.” The teller also read Larry’s shirt, which proudly declared “I (heart symbol) TX.”

The teller initially thought it was a joke, but Larry’s shifty actions led “her to believe that he had a bomb or some other weapon.” She filled a plastic bag he provided with $5,000.

Larry then ran back to his nearby apartment — with bills falling out of his plastic bag along the way. A suspicious neighbor called police to report the unusual sight. By the time officers arrived, they found Larry wandering around the complex with a head wound. Noting his “I (heart symbol) TX” shirt, officers spoke to the suspected robber and his roommate. The unnamed roommate (who was arrested for an unrelated warrant) explained to officers that shortly after Larry arrived back to the apartment, two men walked inside and went straight to Larry’s room. After a “commotion,” the men exited with “handfuls of money.” Larry also confirmed that story to police… But left out details on how he came to possess the money.

Larry now faces federal bank robbery charges. The two men who ultimately made off with the money haven’t been apprehended.