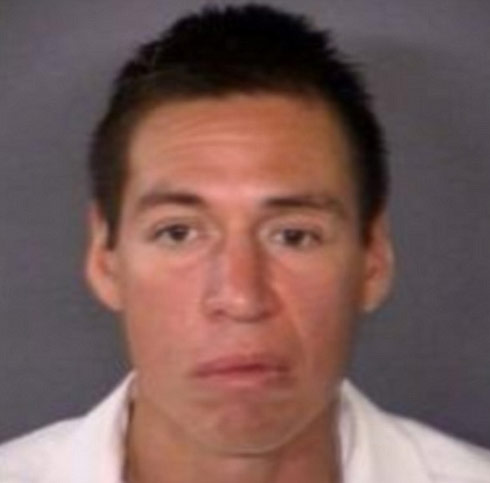 A San Antonio, Texas man is under arrest after being accused of stabbing his roommate who was apparently having a little too (three?) much fun on his birthday.

42-year-old Antonio Flores was collared on Tuesday after he allegedly kicked down the door to his roommate’s bedroom because he was irate over loud noises.

The roommate, who has not been identified, was stabbed in the head, back and arms. He was taken to a nearby hospital where he was treated for non-life threatening injuries – according to KHOU.

The two women who partook in the roommate’s birthday romp were able to identify Flores in a photo line up on the evening the alleged incident took place.

Flores has been charged with “burglary of a habitation with the intent to commit deadly force.”

VIDEO Dad leaves 4-month-old son and family behind in Colorado theater shooting, later proposes at the hospital after 19-year-old stranger helped them to safety

VIDEO PHOTOS: Florida Assistant Principal arrested for sending photo of her breasts to a 14 year old