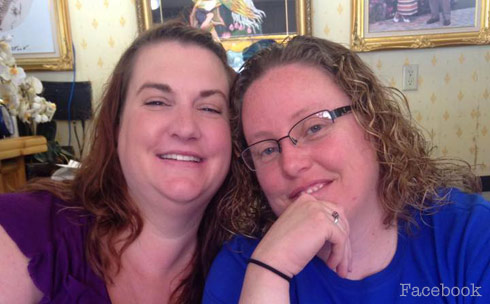 A controversial Utah family court judge has removed a 1-year-old baby from its foster parents because they are lesbians.

Becky Peirce and April Hoagland, a married couple residing in Utah, have had the baby girl in their home for 3 months while the state has been moving towards terminating her biological mother’s parental rights.

Hoagland told The Salt Lake Tribune, “The mother has asked us to adopt.” The married couple, who were licensed as foster parents earlier this year and are also raising Peirce’s 12- and 14-year-old biological children, were beyond surprised Tuesday when 7th District Court Juvenile Judge Scott Johansen ordered the baby to be removed from their care.

“He said he has research to back that children do better in heterosexual homes,” Hoagland said. The court has since confirmed the contents of the ruling.

Peirce posted about the decision on Facebook where friends almost immediately started telling her she needed to fight for her rights.

Peirce and Hoagland have hired an attorney as they look to appeal the decision.

Via TSLT: Utah law does not prohibit legally married couples from serving as foster parents and no other state judge has expressed concerns about placing foster kids with same-sex parents, DCFS director Brent Platt said.

As for Judge Johansen, he’s made headlines before, including a 1997 reprimand by the Utah Judicial Conduct Commission for “demeaning the judicial office” after slapping a 16-year-old boy who became belligerent during a 1995 meeting at the Price courthouse.

He was also criticized in 2014 for ordering a mom to cut off her teenager’s ponytail in court.