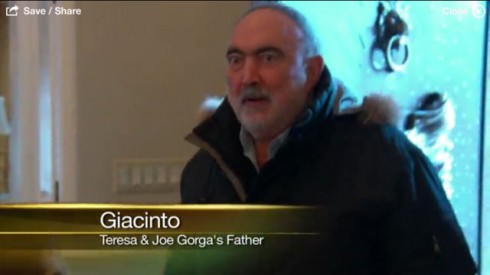 Teresa Giudice and her feud with brother Joe Gorga was made even more uncomfortable and poignant this year when their father Giancinto Gorga fell ill with pneumonia.

Teresa explained on her blog that although he’s recovered and is doing well now, he had a very hard time last winter. Not only did he battle with pneumonia, but had surgery to put in a pacemaker:

“My dad has emphysema, so he has weak lungs. He’s been in the hospital before, but this last time was the worst because he was in the ICU. We weren’t sure how things were going to go, and my mother and I basically camped out with him. I wasn’t going to leave his side. We were going to cancel Gia’s birthday party, but my dad didn’t want us to. He was in the hospital a week and finally got moved out of ICU, so we did go ahead with Gia’s party.”

Teresa’s brother Joe also got very sick around the time his dad was in the the hospital, so he couldn’t visit him, but there was a great deal of contention about whether or not Melissa came to visit her father-in-law in a timely manner.

“I just can’t stand by when she uses my parents publicly,” Teresa blogged. “They really do love her and love her kids just like they love my brother. And she doesn’t have her own dad around, so my dad has tried to be her dad for 8 years now. I personally think that deserves a drop-everything when you hear “our” dad is in the ICU.

“You don’t have to camp there. You don’t have to put your entire life on hold. But I think out of respect you could visit him the first day… or two… or three… or at the very least call him and tell him why you can’t come, but that you’re thinking of him, praying for him, and love him.” 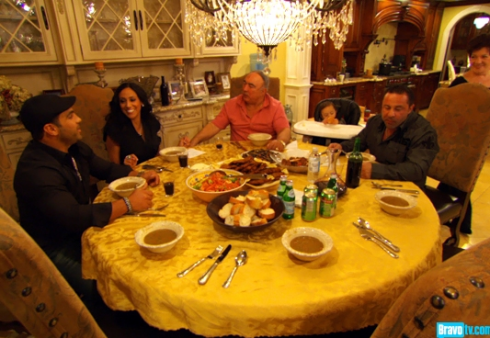 Melissa did go to Gia’s birthday party, and was confronted about exactly when she went to see her father-in-law, which she didn’t appreciate. Melissa wrote: “I was totally caught off guard. They put my feet to the fire, because I couldn’t remember what day I visited my father-in-law. Why this piece of information was so crucial to Kim D.’s sense of well-being will remain a mystery to everyone but her. She seemed personally offended, as if my father-in-law was her own flesh and blood.

I was raised to be polite and answer a direct question when it was put to me. It’s a reflex. I didn’t stop to think, “Hey, it’s none of your business where and when I do what I do.” I didn’t get a chance to ask them my questions, such as, “Why didn’t you call your brother, who also went to the hospital this week, or even ask me how he was feeling?” Nor did I think it was a good time to address this at a child’s birthday party. The issue was never about whether or not I was showing the proper love and respect to our sick family members. At the time, it felt like the only issue was how these ladies could pick me apart and try to convince everyone that I’m a terrible daughter-in-law, wife, mother, and human being.”

On this week’s episode, Giancinto is out of the hospital and well enough to come over to Teresa’s house to make sausages. 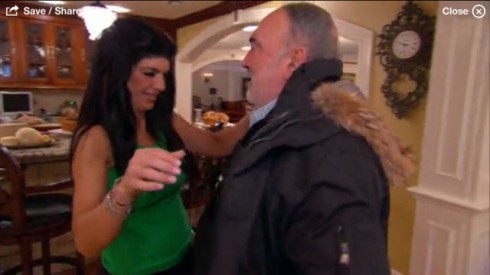 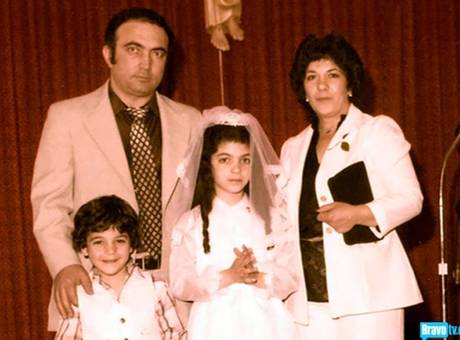