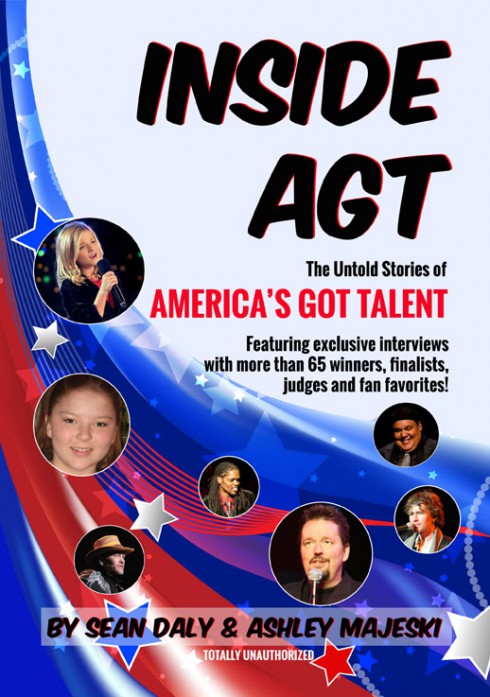 Tonight is the America’s Got Talent Season 8 finale as the remaining six finalists compete for the coveted one million dollar top prize and a place in AGT history — a history that has included a ventriloquist, an opera singer and a dog act. So what happened to the seven previous winners and what are they up to now? And what about all those fan-favorite contestants who didn’t win? And what really goes on behind the scenes on the show?

From the binding contracts and backstage drama to why some contestants say they DON’T want to win, Inside AGT: The Untold Stories of America’s Got Talent (Roundup Publishing, 2013) gives you the true stories of NBC’s hit competition series, as told by the show’s most memorable contestants!

Celebrity journalists Sean Daly and Ashley Majeski – the authors of Teen Mom Confidential: Secrets & Scandals From MTV’s Most Controversial Shows – have packed their newest book with exclusive updates, never before seen photos and fascinating facts that will surprise even the biggest AGT fan.

In the book you will find out:

• Why one winner gave away all of his prize money

• How one act got conned into moving to Branson, Missouri by a fake promoter

• How accused “fake” soldier Tim Poe, saved the life of a gunshot victim near
his home

• Which winner forgot to claim his $1 million prize

Here’s a sneak peek with lots of yummy deets, including a couple of the answers to the questions above! 😉 (Use the “maximize” button in the bottom right for an easier read.)

So if you need your America’s Got Talent fix after tonight’s finale (airing at 9/8c on NBC), then head on over to amazon and pick up your copy now! It’s currently available in paperback and a downloadable Kindle version.

Bruce Jenner says no to a sex change operation–for now