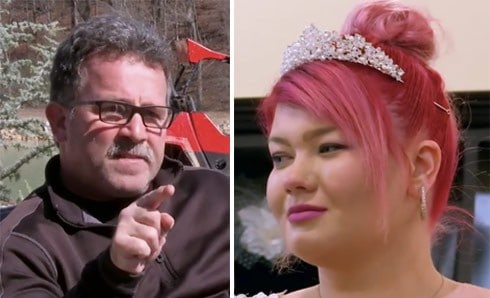 We’ve got a couple of sneak peeks for tonight’s episode of Teen Mom OG.

Larry Edwards gets hot under the collar over remarks made by Maci Bookout, and Amber Portwood leaves us all guessing as to how she really feels when she sees herself in her wedding gown.

Mackenzie briefs Jen and Larry on her brunch with Maci–and Bentley’s granddaddy is having absolutely none of it when he hears what Maci had to say.

Mackenzie: She pulls up that Jen and Larry overstep their bounds, he [Bentley] cries, he’s so upset because he has to come over there. I feel like that was just so not accurate. 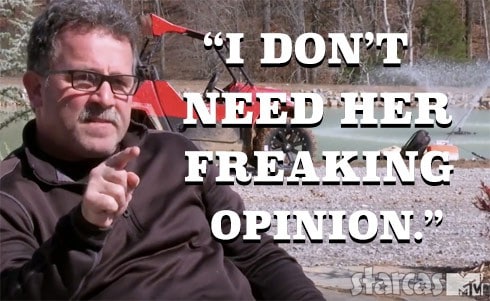 Larry: First of all, I don’t need her freaking opinion. You got that? Now I can’t make a decision for Ryan Edwards, but I can make decisions for Bentley… And I’m 56 and she’s 25 and I don’t need all that going on there. You understand? I don’t need that. Bentley has always been our number one best interest. Period… It’s crawling up the back of my neck right now.

Amber’s out trying on her wedding gown, and things get seriously tense as she reflects on her reflection in the store mirror. It’s difficult to read her emotions, but her eyes give a fleeting smile before she says, “Alright, I’m ready to get out of this. Get me out of this now.”

Recent reports of a failed lie detector test in regards to infidelity allegations levied against Matt Baier have many speculating that the pair’s relationship is on the ropes.