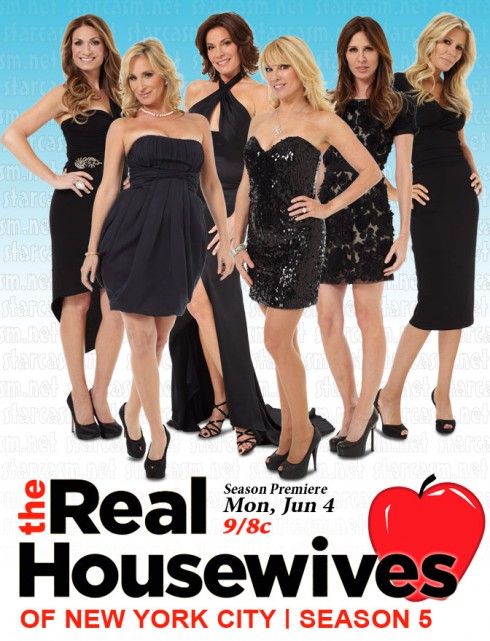 Bravo execs took drastic measures when they announced in September that The Real Housewives of New York City cast would be getting a complete overhaul with four ladies from Season 4 getting the boot, including RHONYC matriarch Jill Zarin, vet Alex McCord (and her husband, honorary housewife Simon Van Kempen), Kelly Bensimon, and newbie Cindy Barshop.

That left Pinot Grigiona Singer, Lady Princess Queen Duchess LuAnn De Lesseps, and “Don’t worry nether regions, I will never put any pantiesonya” Morgan from the original big drama apple pie. It has since been revealed that the new ingredients this season will include fashion designer Heather Thomson, reporter and author (and princess!) Carole DiFalco Radziwill, and Wall Street big wig wife (and Fran Drescher’s cousin by marriage!) Aviva Drescher.

I used to get excited (or not excited) when new cast members were announced, but I’ve since learned my lesson (as I’m sure Bravo producers have as well) that the resume means nothing when the ladies step in front of the camera – they either have “it” (Phaedra Parks, Brandi Glanville) or they don’t (Cindy Barshop, Dana Wilkey). That being said, here’s a little sneak peek that might help you get an idea what these ladies are like when the cameras are rolling!

My first impression is that Ramona Singer and Sonja Morgan appear to have become the RHONY‘s version of Jersey Shore‘s Snooki and Deena while the Countess remains the Countess (yawn) and the new cast members spend most of their time reacting to the antics of Ramona and Sonja. Otherwise it appears to be the usual mix of drama, drinks, and vacations, with some of those amazing quotes the New York City housewives are so famously great at.

That formula could work, but it could also be a lot more of the same things that turned everyone off last season. We’ll just have to wait an see come June 4!

Back to those great quotes, though… There were so many in the clip that I decided to put together my “Top 5 Quotes from The Real housewives of New York City Season 5 Preview Trailer!” And here it is…

5. “You are more drunk than I ever imagined myself in college.” Aviva to Ramona

4. “When I said that everybody’s being ‘Me! Me! Me! Me!,’ I was actually talking about you, too.” Heather to Aviva

3. “What other dirty tricks do you have to pull out of your Pinot filled ass?” Countess LuAnn to Ramona 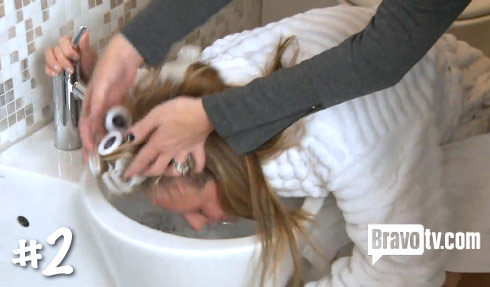 2. “I can’t believe you’re putting your face in the bidet!” Countess LuAnn to Sonja, who is obviously doing exactly that (see photo above)

1. “A baby?!?” Jacques Azoulay (played by David Schwimmer) reacting to girlfriend LuAnn’s comment, “There’s nothing that would make me happier than having a baby together.” It’s not just what Jacques says here, but how he says it. Here’s a brief Watch What Happens Live inspired mash-up clip in case you missed it in the preview trailer:

So are you looking for the return of The Real Housewives of New York City?