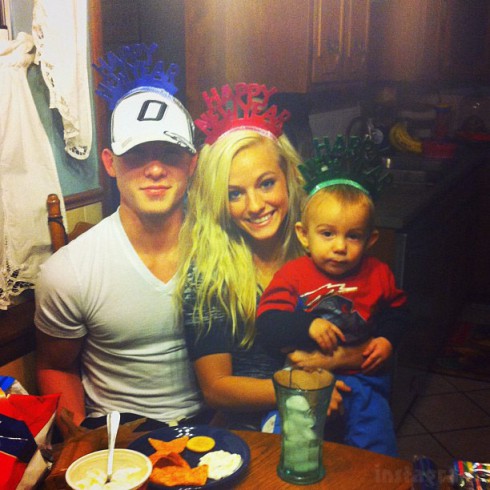 This time last year, commercials featuring a pregnant cheerleader named Mackenzie Douthit were all over MTV, promoting the fourth season of 16 & Pregnant. The first episode of the season followed Mackenzie and her adrenaline loving boyfriend Josh McKee as they welcomed son Gannon. Her story was such a hit that MTV chose her as one of four girls to star in the upcoming series Teen Mom 3. Unfortunately, after months of planning a move to southern California and an April wedding, Mackenzie and Josh have called it quits.

“Single,” Mackenzie confirmed on Twitter on Saturday afternoon. As far as what led to the split, not much is known. However, The Ashley’s Reality Round-up is reporting that Mackenzie revealed to a friend that Josh is “too much like his dad, whom I can [not] stand.” 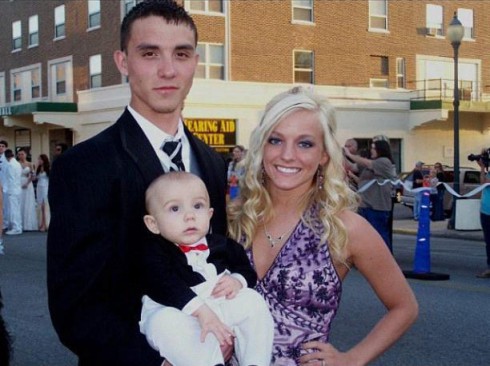 Mackenzie and Josh had become engaged a few months after welcoming Gannon but called things off in October of last year. At that time, Mackenzie explained, “Josh is just my boyfriend. We got rid of the ring for it had too manybad memories. Starting over and doing things right.”

Earlier this year, Mackenzie announced that the two were engaged once again and on top of that, they were planning to move to San Diego in August where Josh was going to be stationed at a marine base.

For the past couple of months, Mackenzie has been tweeting about her April nuptials with Josh, even telling fans that she found the perfect dress. From the outside looking in, these two seemed to have their lives all figured out and now, the wedding is off and they aren’t even together.

Mackenzie and Josh have called it quits before, so maybe there’s hope that they will work out their issues, but if not, things could definitely get messy — especially with Josh due to start his career with the Marines in just five months.

So far, there’s no word on a premiere date for Teen Mom 3.