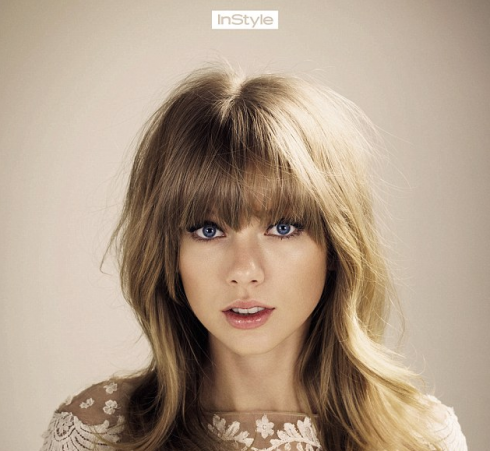 Taylor Swift is on the cover of Vanity Fair this month where she explained her breakup with Harry Styles. She also gave her thoughts about Tina Fey and Amy Poehler’s joke about her at the Golden Globes: “There’s a special place in hell for women who don’t help other women.”

Amy Poehler’s response was both heartfelt and humorous. She told The Hollywood Reporter: “Aw, I feel bad if she was upset. I am a feminist, and she is a young and talented girl. That being said, I do agree I am going to hell. But for other reasons. Mostly boring tax stuff. ”

Tina Fey was surprised that the young singer was offended, telling ET “If anyone was going to get mad at us, I thought it would be James Cameron. I did not see that one coming. It was a joke. It was a lighthearted joke.”

So what was the joke that Taylor’s so upset about? They simply quipped that Taylor should “stay away from Michael J. Fox’s son.”

Taylor also covers UK Instyle this month, where she opens up about her worst fears:

“My fears circle around me making the wrong choices and messing this up for myself. I don’t wanna end up being awful and intolerable. Alone. Laying in a marble bathtub by myself, like sad, with a glass of wine just complaining that my life ended up alone because I pushed everyone away because I thought I was too good to hang out with anybody.

The typical Hollywood sad cliché of the poor lonely starlet with no one because she put up all these walls and didn’t trust anyone. That’s my fear. And that’s why I live my life the way I live my life because I’d so much rather feel everything than end up like that.”

When the 23-year-old was asked if she wanted to start a family, she replied “I think so but I’m not sure. Like, I don’t even have a master plan.

I’ve thought that I did have a dream scenario before but it turns out that I change my mind and that essentially in your 20s all the puzzle pieces of your life are thrown up in the air and they just fall into whatever place and I think that’s healthy.’

Taylor told the magazine that she’s wary of being friends with guys because she always ends up being romantically link to them, so she’s a “girls’ girl.”

Do you think Taylor should be upset over Tina and Amy’s Golden Globes joke?

Tina Fey and Amy Poehler will host the Golden Globes!