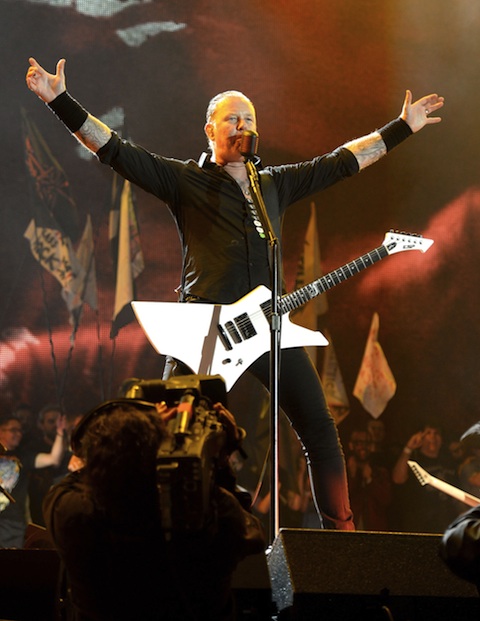 Rock in Rio, the internationally successful music festival, will launch its inaugural US edition in Las Vegas next spring.

The May 2015 edition of the festival will feature Taylor Swift and Metallica as the primary headliners, and a whole cavalcade of prominent supporting acts right behind them.

No Doubt, Linkin Park, Deftones, and John Legend are among those. The full lineup has yet to be announced.

May 8th and 9th will be the first weekend for Rock in Vegas; May 15th and 16th will follow suit. Organizers are working with the city of Las Vegas and the owners of Cirque du Soleil–which has a permanent Vegas home–to establish a six-stage, 37-acre, open-air venue.

The venue, which would also be as permanent as anything man-made can be on this third stone from the sun, would be called the “City of Rock.”

It would include, among other things, a zip line.

This will be the first Rock in Rio-based performance for Taylor Swift, who was negative four years old when the festival launched in 1985.

Metallica are no strangers to the arrangement, having performed at it six times already. Las Vegas will be their first, and is the band’s only North American show booked for 2015…so far.