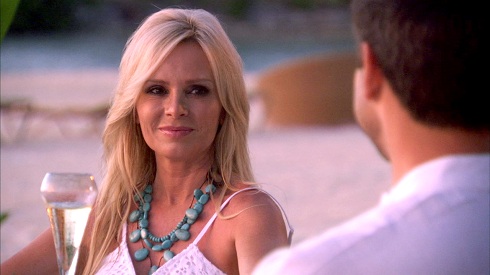 Tamra Barney and her fiance Eddie Judge are getting closer and closer to their big day and while there is still plenty of planning to do, the Real Housewives of Orange County couple may be ready to officially sign on for a televised wedding.

“We’re talking right now. We’re filming season eight of the Housewives and it’s something [Bravo]’s interested in,” she tells Life & Style, adding, “We haven’t said yes or no yet, but we’re definitely thinking about it.”

Something that was filmed was Tamra’s wedding dress fitting. “It went amazing,” Tamra says about the event which was attended by all of her co-stars (even Alexis Bellino). “I felt like a princess, tried on a ton of dresses. I showed him (points to Eddie) pictures. I haven’t told him which one I’m going to wear, but yeah, it was great!” 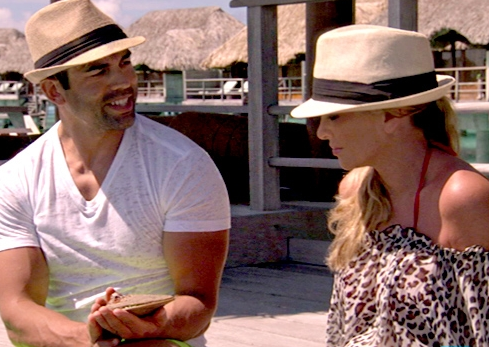 “Sophia, who’s 7, definitely wants to be a flower girl,” Tamra reveals. “She actually wanted to go dress shopping with me because she wanted me to go Honey Boo Boo style!” Now, that would be a sight to see!

As for which of her co-stars will be attending the nuptials, Tamra isn’t quite sure yet, mainly because she hasn’t officially chosen a venue. “We’re going over [the invite list] right now,” she says. “We definitely want all our family and friends. We’re trying to figure out if we’re going to go out of the country to get married, which definitely makes the list a little bit smaller or have a big, fabulous, old Hollywood wedding.”

Tamra got engaged to Eddie in February of this year during a trip to Bora Bora. The moment aired on the seventh season of Real Housewives of Orange County so it only seems right that we’d also get to witness their big day. Just sayin’!