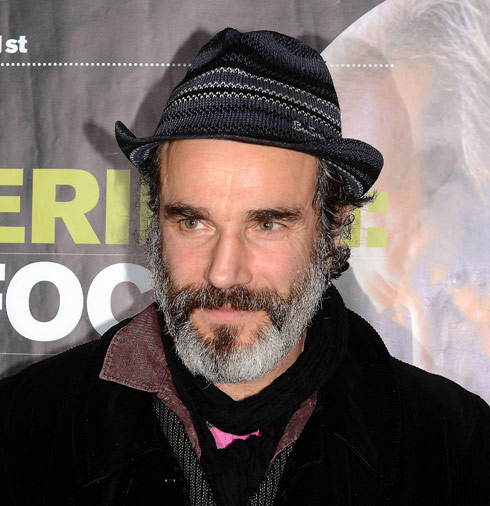 That’s a ton of arguing and hyperbole but let me tell you when I heard that Lewis was going to portray Lincoln in Spielberg’s biopic of the 16th president I collectively lost my marbles. I’m not prone to look ahead in anticipation of films but this is an exception and the photo seen here shot by a student in Richmond is exceptional as we get our first look at Lewis as Abraham Lincoln.

Lewis is known for fully inhabiting the characters he portrays in film both on and off set and the far away look in his eyes as he simply grabs a bite reflects the contemplative leader who was frequently filled with doubt and bouts of loneliness.

NOTE: I originally had the image with this post but it was picked up by a photo service that we use as an exclusive must pay for image so I had to take it down.

Lincoln is based on the Doris Kearns Goodwin biography of Lincoln called, Team of Rivals, The Political Genius of Abraham Lincoln. In particular the film will focus on the last few months of Lincoln’s life as he navigates the ending of The Civil War and the abolition of slavery. Spielberg stated:

Without question Daniel Day-Lewis has the look and he certainly has the chops. In an interesting side note, Liam Neeson was originally cast for the lead and he dove head first into learning all about Lincoln. Neeson backed out stating that he was too old to portray Lincoln appropriately.

Day-Lewis hand picks his roles having only been in 10 films since 1989. His turn as Christy Brown in My Left Foot is a high water mark for acting and so is his portrayal of Gerry Conlon in In the Name of the Father. When I went to the theater to watch Gangs of New York it was the only time I sat through a film twice because of a singular actor. I simply was blown away by Lewis and his haunting role as Bill “The Butcher” Cutting.

Here’s a captivating clip of Lewis from Gangs of New York.

Adam Levine says he may be a douchebag, denies having sex with Lindsay Lohan