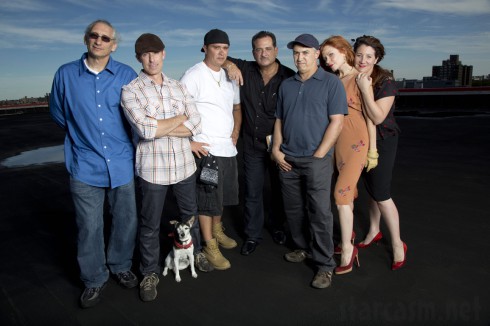 As we reported back in March, A&E is completing the eastward migration of it’s ubersuccessful reality series franchise Storage Wars with shows in Miami and New York City. The Miami incarnation is still in the works (we assume), but Storage Wars: New York is in the can and set to premiere January 1 at 10/9c!

In “Storage Wars: New York,” A&E’s top-rated non-fiction franchise heads to the city that never sleeps to follow a brand new group of urban explorers on a modern-day treasure hunt. New York City itself with its wildly different neighborhoods and eclectic personalities influences and impacts each auction and every purchase the buyers make. In the ‘City That Never Sleeps,’ every day is the 1st of the month, and with over 8 million stories to be told, just imagine all that stuff that our local bidders are just waiting to dig through.

If you can make it here… well, you know the rest.

The show will six new bidders battling it out for abandoned lockers in the Big Apple, with two individual bidders, two duos, and a recurring auctioneer. We will be profiling each of the bidders with their own posts prior to the premiere, but until then we have put together some brief bios with photos below. As soon as we’ve profiled a cast member we will add the link so keep checking back! 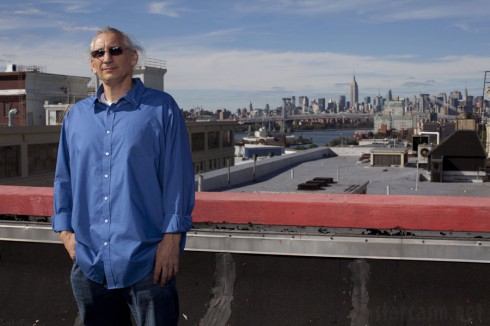 First up is Joe Pauletich, who is known to his friends (and soon television viewers) as Joe P. Joe is the owner of SoHo Treasures and has been bidding on storage lockers for more than two decades. 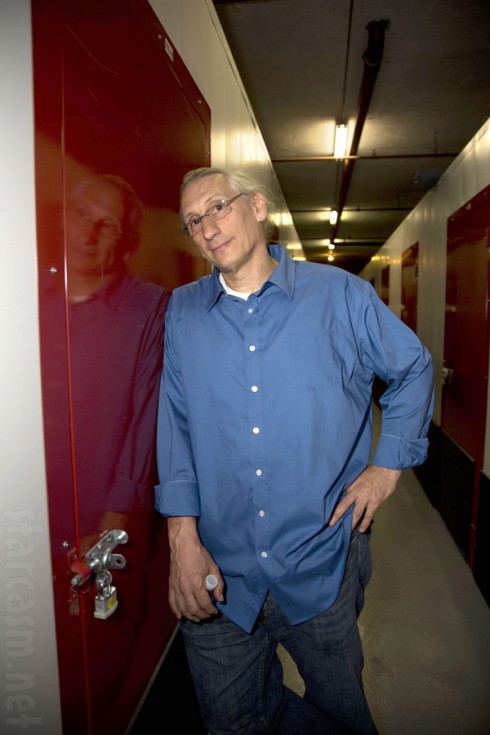 A self proclaimed “legend” on the NY auction scene for more than 20 years, lanky Queens native Joe P is the shrewd but unassuming Philosopher King and Zen Master of storage facilities.

He has a “sixth sense” about storage and looks for high-end rooms that speak to him, but he’s so stealthy you may not even see him coming – even as he outbids you. Make no mistake, this guy’s got tricks. And gravitas.

So it sounds like Joe P is Storage Wars: New York’s version of Dave Hester, except probably without all the assholedness. (I hope.) 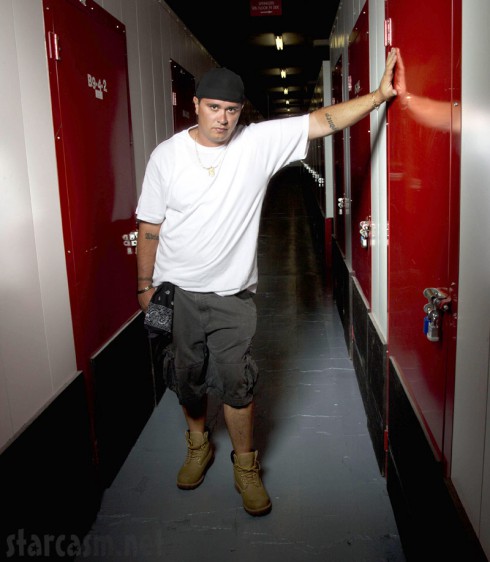 Mike Braiotta is the show’s brash Bronx bruiser family man who operates Operation Lockdown Apparel. Mike looks like a just-as-grumpy but only more dangerous version of Jarrod Schulz, complete with his own edgy clothing brand!

Bronx-born, tough-talking family man Mike Braiotta is always out hustling. He’s a “storage room day trader” with a confident swagger who’s looking for dependable items he can turn around and flip for fast cash.

Mike also specializes in the great NY pastime of busting other people’s chops. While he may like to fool around, make no mistake: Mike B. is all business. Think of Mike as the “Young Bull” to Joe P’s “Old Bull.” 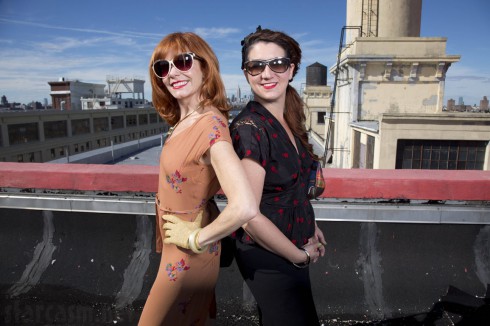 Next we have the very necessary sexy ingredient (Thank you Brandi Passsante!) in the form of bidding vixens Candy Olsen and Courtney Wagner. These “Brooklyn hipster” chicks just opened the C&C Pop Up Store in September and appear to be the budget-challenged newbie Big Apple versions of Jarrod and Brandi, minus the Jarrod and plus another Brandi.

CLICK HERE FOR MORE PHOTOS AND BACKGROUND INFO ON COURTNEY AND CANDY! 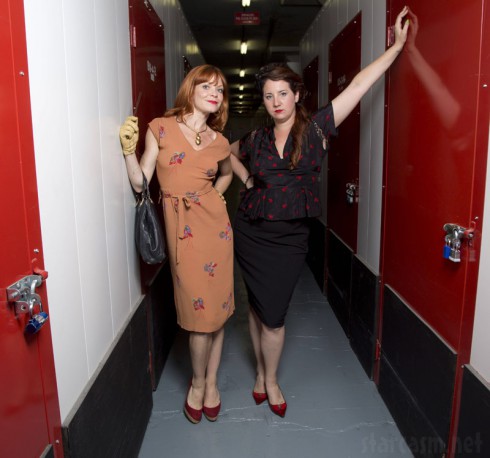 Relatively new to the auction game, leggy Candy and brassy Courtney are longtime pals (and Brooklyn hipsters) who together specialize in vintage clothing, which they sell from their C&C Pop-Up Shop. Between a sexy, sophisticated wardrobe and their flaming-banana yellow van, C&C cut an unusually pretty picture on the gritty NY auction scene. But with less cash to spend than their well-seasoned counterparts, C&C aren’t afraid to play hard, compete with the big boys, and even use their feminine wiles to get ahead. Though they may be green, they’re out to make some, too. 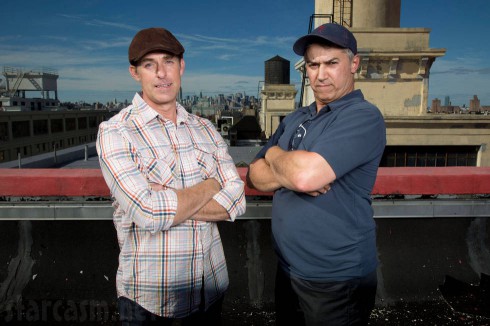 Chris Morelli and Tad Eaton are co-owners of The Frayed Knot vintage store in Hoboken, New Jersey, which sadly was devastated by Hurricane Sandy. Chris Morelli has a background in textile design, owning a restaurant, and studying to be a litigations consultant at Columbia, but all of that came to a screeching halt when he was hit by a bread truck! After that he and partner Tad began rehabbing old furniture and selling it on Craigslist, which quickly became a lucrative endeavor.

In 2008 they opened their location in Hoboken. I can’t tell if the duo have reopened the store, but apparently the damages they sustained were sizable and their insurance didn’t cover it. I assume we will see more about their post-Sandy story in the first season of Storage Wars New York. 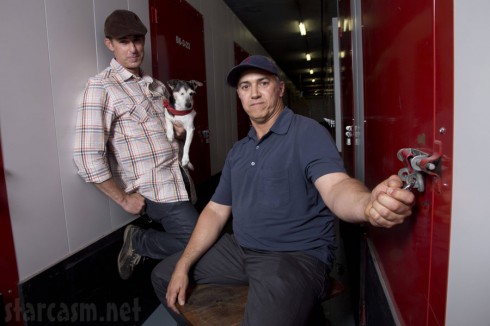 The co-owners of Hoboken, NJ’s vintage shop The Frayed Knot, Chris and Tad are the dynamic duo of furniture redesign, antique treasures, and bickering.

Of the two, Chris is possessed of an unstoppable energy but with no filter between his brain and his mouth, while Tad is the pragmatist who quietly assumes control with a roll of the eyes and well-timed sarcastic remark.

With their design skills, pluck and good taste, Chris and Tad can turn an unpolished auction gem into a sparkling family jewel – if they don’t drive each other (or the other buyers) nuts first. 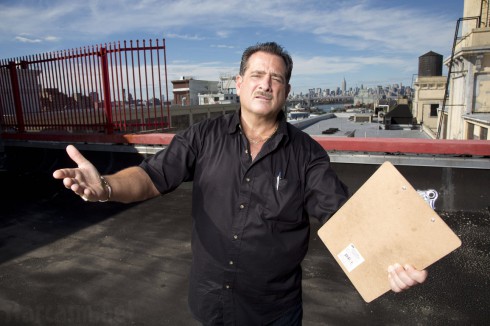 Taking the place of nimble-tongued Dan Dotson will be auctioneer John Luke, a serious New Yorker with decades in the business.

The New Yorker’s New Yorker, John Luke was born in North Harlem and has been fast-talking his way through auctions for over twenty years.

With his friendly smile, teasing manner and no-nonsense approach to the sell, John Luke is our personal tour guide through every nook, cranny and room (they don’t call ‘em “lockers” around here) throughout the Big Apple and the ’burbs. Especially the local delicacies.