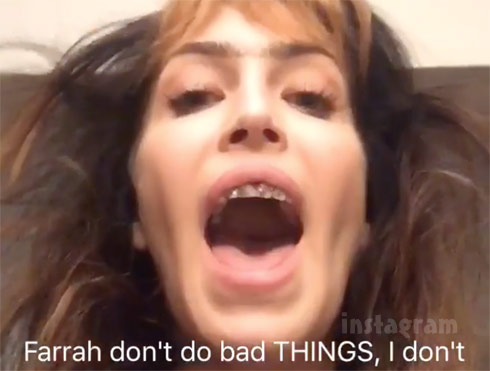 Actress and comedian Stevie Ryan is a huge fan of Teen Mom and Teen Mom 2, and she is never one to hold back her opinion on any of the on-screen or off-screen drama involving the cast. (You might remember her previous heated altercations with Jenelle Evans!) Of course it would make sense that Stevie would weigh in on the recent feud between Farrah Abraham and Nicki Minaj–and she did that, by making a video mocking Farrah’s daughter Sophia’s now infamous video calling Nicki Minaj a “loser.”

“My response to [Farrah] making her daughter respond to [Nicki Minaj],” Stevie captioned the Instagram video below, along with this series of hashtags: #TeenMomOG #HolyWater #EatPraySlay #BossLadyBossinAround #BuyMyAssOnAmazon #FarrahOpenedTheSophiaDoorIJustWalkedThroughIt.

In the clip, Stevie can be seen sporting a unibrow, which I assume is a reference to Farrah famously having Sophia’s eyebrows waxed back in January of 2013. Stevie says with a mouth full of braces, “Hi everybody! Farrah is a total loser!” Here’s a side-by-side comparison of Sophia’s and Stevie’s clips: 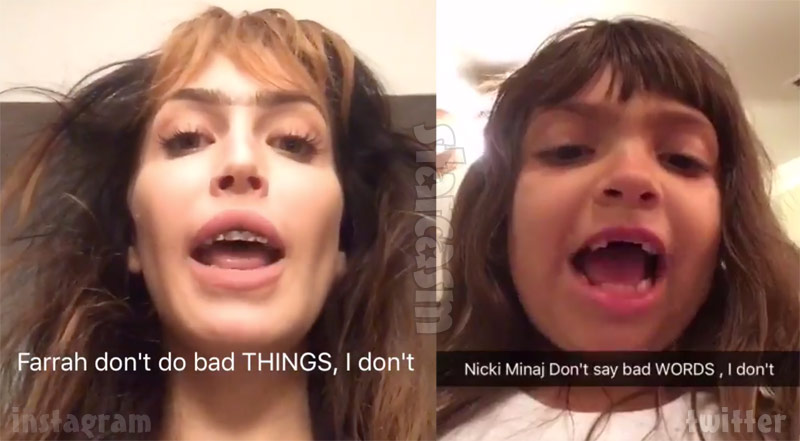 So, what do you think? Was mocking Sophia taking things too far? Or did Farrah really “open the door” by “making her daughter respond to Nicki Minaj” publicly?