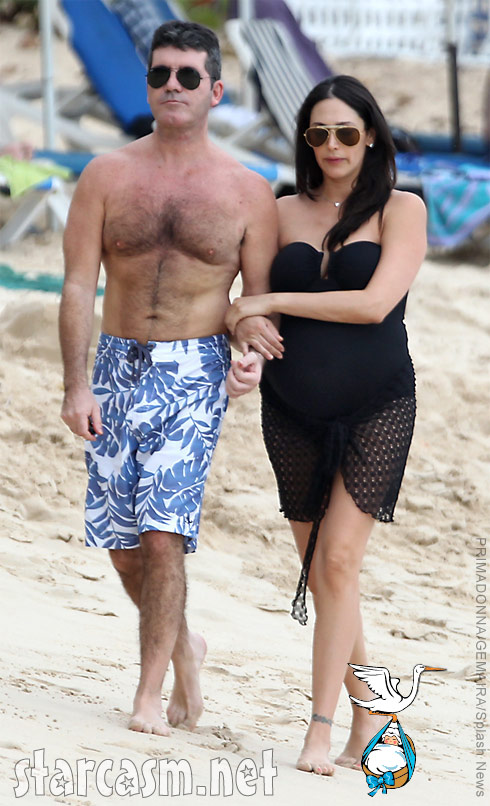 It’s “The XY Factor” for judgin’ curmudgeon Simon Cowell as his girlfriend Lauren Silverman gave birth to a baby boy in New York City yesterday. The bundle of joy was delivered on Valentine’s Day at 5:45PM and weighed 6 pounds, 7 ounces. Though it’s not clear what the last name of Simon and Lauren’s little Valentot will be, we do know his first name… Eric!

UPDATE – Click here to see the first photos of little Eric accompanied by Simon’s uncharacteristically humble and sweet tweets about becoming a father!

Simon took to Twitter earlier today to share the good news, as well as reveal why the couple chose the name Eric:

Very happy to say Eric was born at 17.45pm. Healthy and handsome.

Lauren in great shape. Thanks for all of your kind messages.

Named after my dad

Eric is Simon’s first child, but he will have a 7-year-old half-brother named Adam, son of Lauren Silverman and her ex-husband Andrew Silverman, whom Lauren divorced in August, 2013.

As far as what kind of dad Simon will be, it seems his opinion is right in line with most everyone else’s in that the “crying baby” stage will be difficult. “I’m not brilliant with babies,” Simon said in an October interview with Parade magazine. “I never know what to do. But [once he’s older] I think I’ll be a good dad in terms of advice. And then I’ll get to do all the things I want to do, like go to Disneyland or Universal Studios, teach him how to drive — I love all that.”

Here’s a glimpse of what the early years may look like: 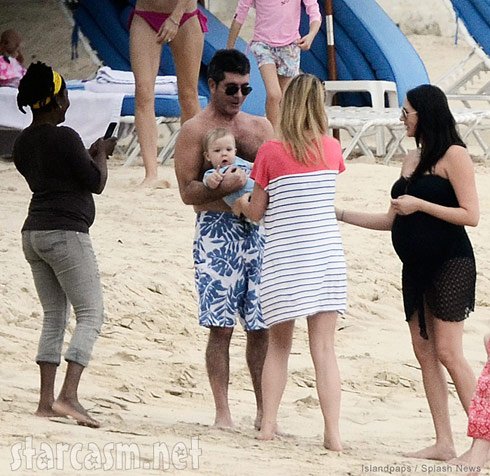 And what does Simon think of his son following in his judgmental footsteps? “I want to teach him how to do my job as quickly as possible,” Cowell jokingly told Extra‘s Terri Seymour. “I want to pass the reins over. I really would like the idea of teaching him how to run the business.”