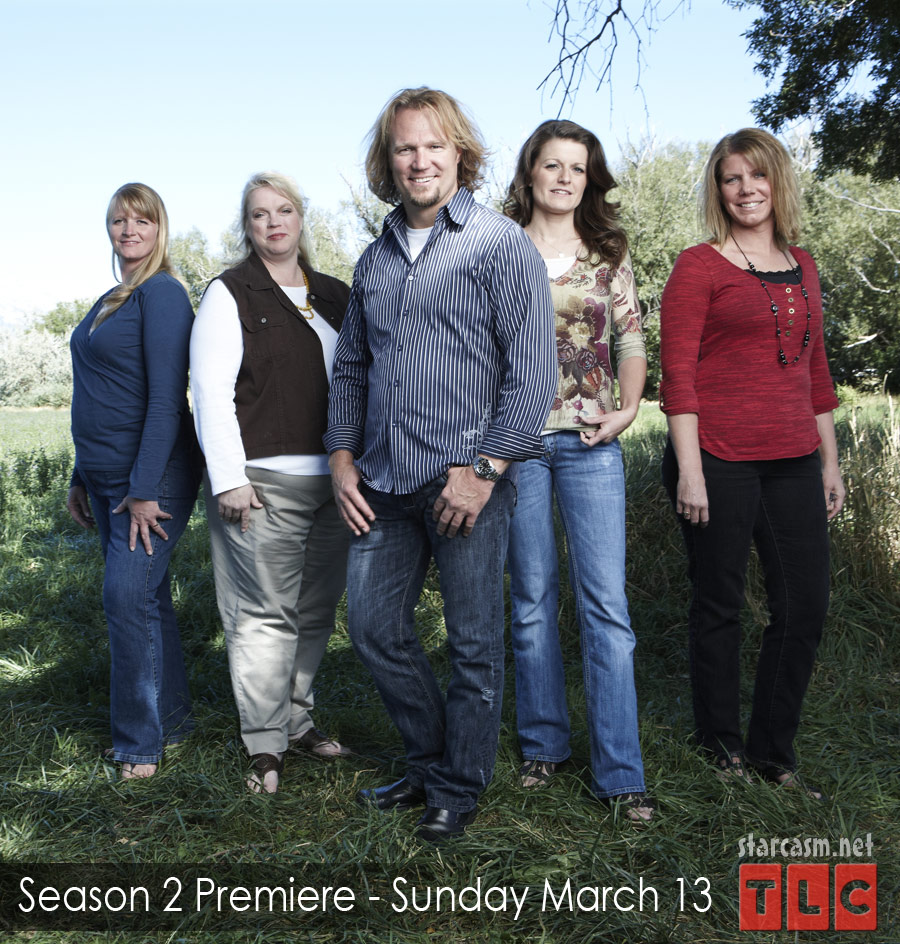 TLC has announced the date for the return of their popular polygamist reality series Sister Wives starring Kody Brown, his four wives and their 17 children. The second season, which will be split into two parts, will kick off with a one-hour episode Sunday, March 13.

Sister Wives will launch with a one-hour episode as part of a split second season, with the other half to air on TLC later this year. There will be ten episodes — three one-hour episodes and seven half hours.

EW also had the scoop on some of what would be covered in Season 2! Many were wondering if the show would document the family’s legal troubles stemming from an investigation into the legality of their polygamist relationship and the answer is…

TLC isn’t going to shy away from the drama caused by its program. In fact, it’s the main focus of season 2. Cameras never stopped rolling on the Browns as season one began airing on TLC last year, so the entire impact of being exposed a polygamists was captured by producers.

Season 2 will feature a family ranch trip to Wyoming, planning a Halloween celebration and going on a winter cabin trip. All the while, the tension mounts over their now-public lifestyle, culminating with Brown deciding to move his brood to Nevada.

I didn’t figure Kody would shy away from showing anything dramatic. That isn’t to say I think he’s the type to manufacture fake drama, but the dude seems hell-bent on sharing his large family with the world, good or bad, and so far that’s what we’ve gotten – and I confess I’m a fan.

Want to get all caught up on the who’s who of the Family Brown? Be sure to check out our handy-dandy “Sister Wives Cheat Sheet” with a family tree of all the Browns and their ex-spouses – it should be enough to have you all prepared for the Season 2 Premiere!

PHOTOS Meet Solomon, baby #17 for the Browns of Sister Wives